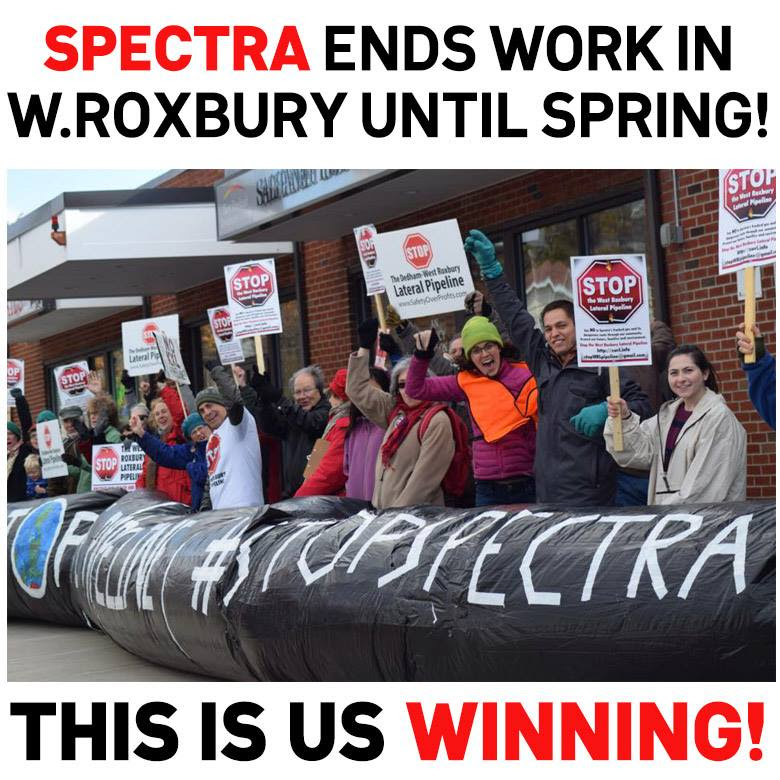 Spectra Energy has stopped construction on the West Roxbury Lateral pipeline for the winter -- weeks ahead of schedule!

Over the last three weeks, more than 40 people, including many steadfast members of 350 Mass, have been arrested for acts of nonviolent civil disobedience while protesting this pipeline.

It's clear that our movement is making an impact, and when Spectra starts construction again next spring, we'll be back -- bigger and stronger than ever!

Join the Movement to #StopSpectra!

Over the last three weeks, more than 40 people have been arrested for acts of nonviolent civil disobedience while protesting the West Roxbury Lateral gas pipeline.Mothers, grandmothers, students, Quakers, and others, including many steadfast members of 350 Mass, have stood up to stop this unnecessary new fossil fuel pipeline. Read all about it in The Boston Globe!

Last Saturday, Spectra Energy halted work for the day after more than 150 people filled the streets for a march and rally. Tomorrow, we'll build on the momentum and take to the streets for another massive protest against the pipeline. Be there and be part of this incredible moment! 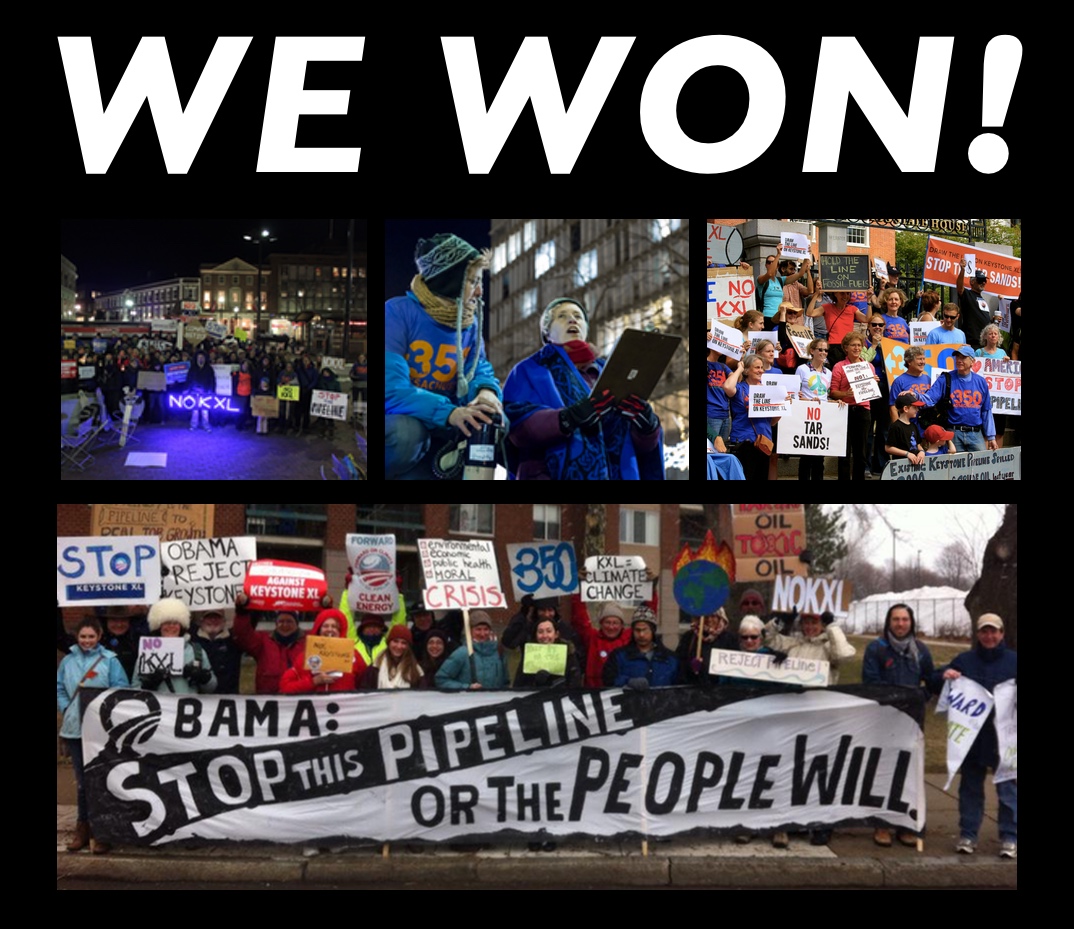