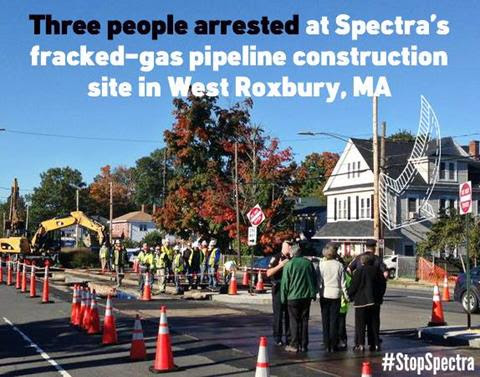 On Tuesday, October 6, Chuck Collins, Rev. Anne Bancroft and Rev. Martha Niebanck were arrested while blocking construction of the West Roxbury Lateral gas pipeline. Their brave action sent a strong message to city officials, federal regulators and the pipeline company: this fight is far from over. More civil disobedience actions are planned over the coming weeks; for now, local residents and allies are continuing to stand up against the pipeline with daily vigils. Join one of the vigils and show your support! (And, if you can, contribute now to help cover legal costs).

Note that the vigil schedule is subject to change -- check the Facebook page for the latest.

What: Vigils Against West Roxbury Lateral Pipeline
When: Weekday mornings, 8-9 am
Where: Construction site (check Facebook page for the latest)

Hundreds of People Pack the State House for Energy Hearing 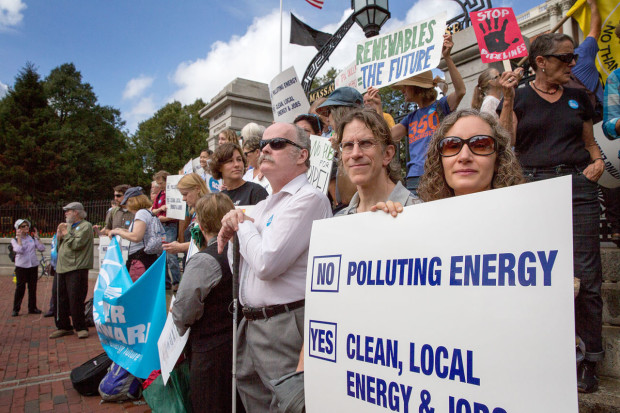 On September 29, hundreds of people rallied on the State House steps and then filled Gardner Auditorium for a critical hearing on energy policy. The turn-out at the hearing and the rally was noticed by press and politicians -- thank you to everyone who was there! The hearing went incredibly long; if you didn't get a chance to speak, you can submit your testimony by sending it to Andrew Gordon, [email protected] Sample testimony is here!

Lawmakers are currently considering legislation that would affect solar, wind, gas pipelines, and almost every other component of Massachusetts energy policy. As the hearing made clear, there's lots of excitement in the legislature about solar and offshore wind -- but also plenty of support for new gas pipelines. We'll keep working with the Mass Power Forward coalition to call for legislation that promotes clean energy instead of new fossil fuel infrastructure. Stay tuned for updates! Interested in getting more involved? Contact Marlon Washington, [email protected] 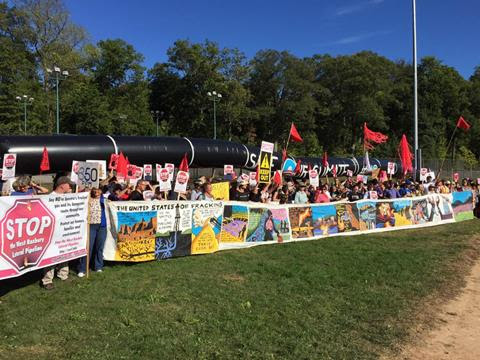