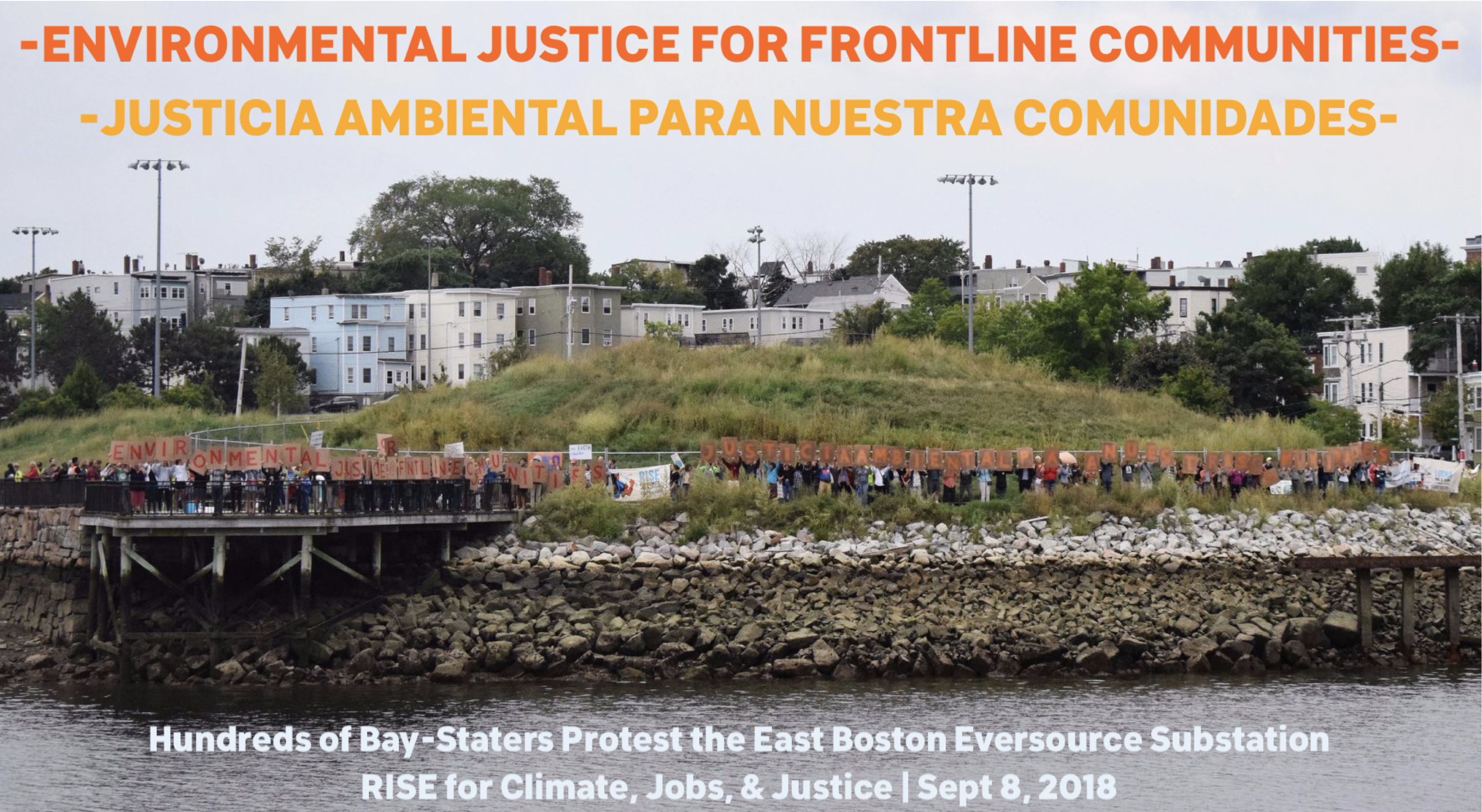 Climate change impacts people of color, low-wage workers, and Indigenous peoples—here and around the world—first and worst.  Extreme heat, drought, floods, wildfires, storms, and poisoned oceans caused by fossil fuel pollution worsen the war, famine, poverty, violence, and oppression they already face. Many are left with no choice but to leave their homes and seek refuge in the U.S., only to be met with more violence and oppression by our own government.

Families are being torn apart. Ecosystems are collapsing. People are dying. The tide is rising...but so are we.

As governors, mayors, and corporate reps meet at the Global Climate Action Summit in CA—and as our own Governor & Legislature in MA continue to accept money from the fossil fuel industry and then fail to enact commonsense climate and immigration reforms—we’ll prove that real climate leadership rises from the grassroots up and doesn’t leave anyone behind.

On Sept 8 (and beyond), local climate and immigrant justice groups are joining forces to strengthen relationships across our movements, build collective power, and demand accountability and ACTION on climate change and immigrant rights:  100% renewable energy for all.  Dignity & respect for all.

Join us for the Climate, Jobs, & Justice outdoor “People’s School.”  It will start with a short kickoff rally that highlights the intersections of our issues, the failings of our political system in MA, and the urgency of this moment for us to come together and take action. The rest of the day will consist of interactive teach-ins, skill-shares, and art-builds that touch on a range of intersectional topics to educate folks, build relationships, and lift up the work of local frontline groups. The day would culminate in a closing action, yet to be determined.

Note about event location: East Boston is an Environmental Justice community, with majority Latinx and immigrant residents facing severe climate impacts from being surrounded by water, environmental burdens from Logan Airport, gentrification and displacement, and challenges due to immigration status--AND a long history of powerful organizing, resistance, and resilience. We are teaming up with local residents and organizations to put a spotlight on local campaigns for immigrant, worker, and climate justice, including GreenRoots' grassroots campaign against the construction of an Eversource electric substation on the banks of Chelsea Creek next to 8 million gallons of jet fuel in an area projected to flood. That's why we're holding our event at the East Boston Memorial Park, just across the road from the proposed substation site. On Sept 8, we will RISE with local community members to resist this and other instances of environmental racism in East Boston and throughout the city.
RSVP for RISE for Climate, Jobs, Immigrant Rights, & Justice in Boston on September 8th!
Donate Get Involved