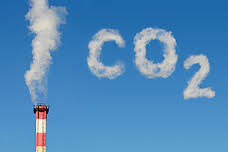 Economists agree that a carbon fee and rebate is the most efficient way to reduce emissions. It works like this: the state adds a fee to every ton of greenhouse gas emitted. This fee raises the price of polluting and encourages everyone to shift to cleaner energy sources, without complicated regulations.  Instead of keeping the money, the state returns most or all of it to us, the taxpayers. That keeps the economy healthy. The state could also set aside a portion of the money to do things like encourage clean energy, build green infrastructure, or repair public transportation, all of which create more jobs.

Nineteen countries have already started a program like this, and the Canadian province of British Columbia introduced an economy-wide carbon fee and rebate program in 2008. Since the program started, emissions in B.C. have dropped by 16%, while rising by 3% elsewhere in Canada. Since 2008, B.C.’s economy has also grown faster than the rest of Canada. If Massachusetts puts in fair carbon pricing, we would be the first state in the country to do so. As in many other policies, we would be a model for the rest of the nation to follow.

Two carbon pricing bills have already been proposed in the legislature this session, by Senators Michael Barrett (S.1717) and Marc Pacheco (S.1786). Senator Barrett’s bill rebates all the revenue, and gives extra money to groups like rural drivers who have to travel longer distances and use more gas. Senator Pacheco’s bill rebates 80% of the revenue and spends the rest on clean energy and public transportation. Both of these bills have their strengths, and at the moment 350 Massachusetts is supporting both of them.

We’re allying with other groups across the state to form the MA Campaign for a Clean Energy Future, and we're working hard to spread the word about carbon pricing, to help shape the bills in the legislature, and to get them passed. Join us!