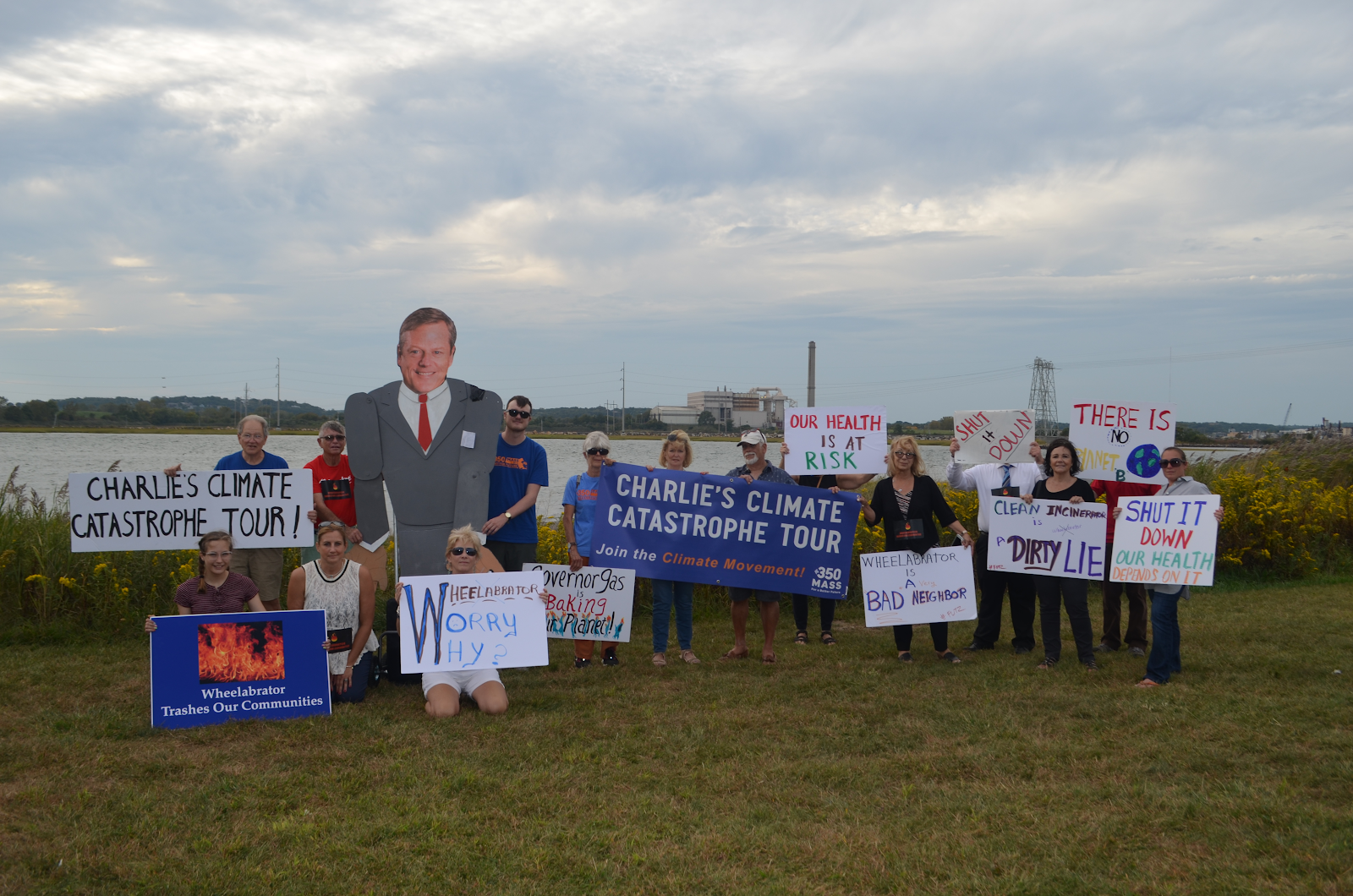 Meeting about Divestment with “Larry Bacow”

“Charlie,” who has not supported divesting the Massachusetts pension fund from fossil fuels, met “Larry Bacow,” the president of Harvard, who resists divesting Harvard. Student activists questioned them on their failure to show leadership and take real steps to protect our climate. Follow Divest Harvard on Facebook to follow their fight for divestment.

“Charlie” made an appearance at a town hall held in Cambridge regarding a proposed Eversource Substation. The fossil fuel corporation is looking to build this potentially dangerous gas infrastructure near a school. The community does not want to see more fossil fuel infrastructure built, and there is no evidence to support that the substation is necessary. Follow Take Back the Grid on Twitter to stay current on this campaign as well as their other, related work. 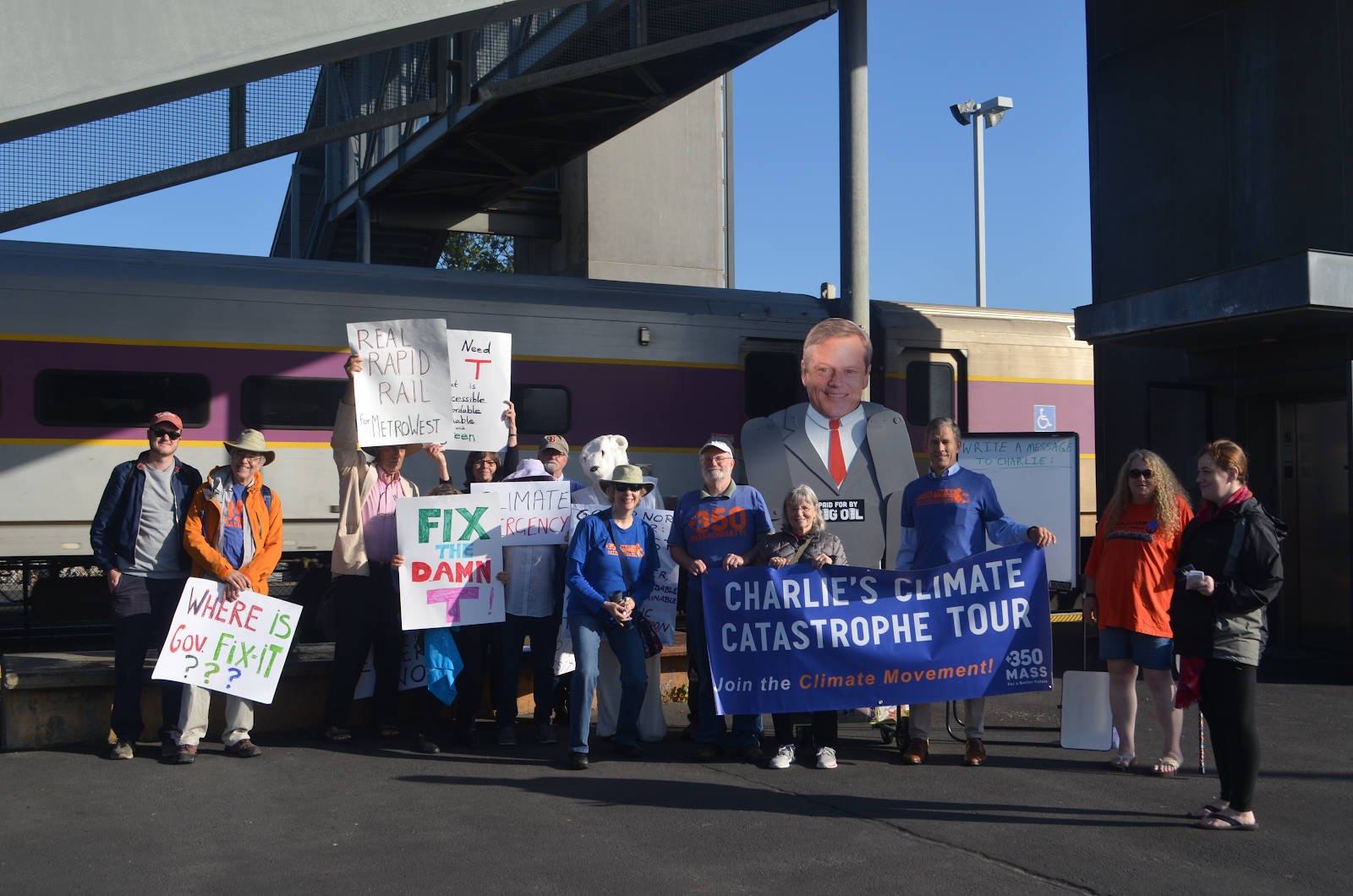 “Charlie” joined Franklin residents to hear about what needs to be done about the dangerous gas leaks happening across the state. They called upon the Baker Administration to help residents in putting pressure on the gas companies to fix the leaks. If you’re local to Franklin, reach out to [email protected] to find out about getting involved with the node.

No Eastie Substation Day of Action

350 Mass members joined GreenRoots in solidarity at their action against a Eversource substation proposed for East Boston. The dangerous substation would sit on a flood zone, between a park and stored jet fuel from Logan airport - a clear recipe for disaster. The community, which is already burdened by environmental injustices, is fighting back. During Charlie’s Tour they help a press conference with “Charlie” and brought him on the T for a march and community celebration held at the site of the proposed substation. Follow GreenRoots on Facebook to stay up to date on their work. 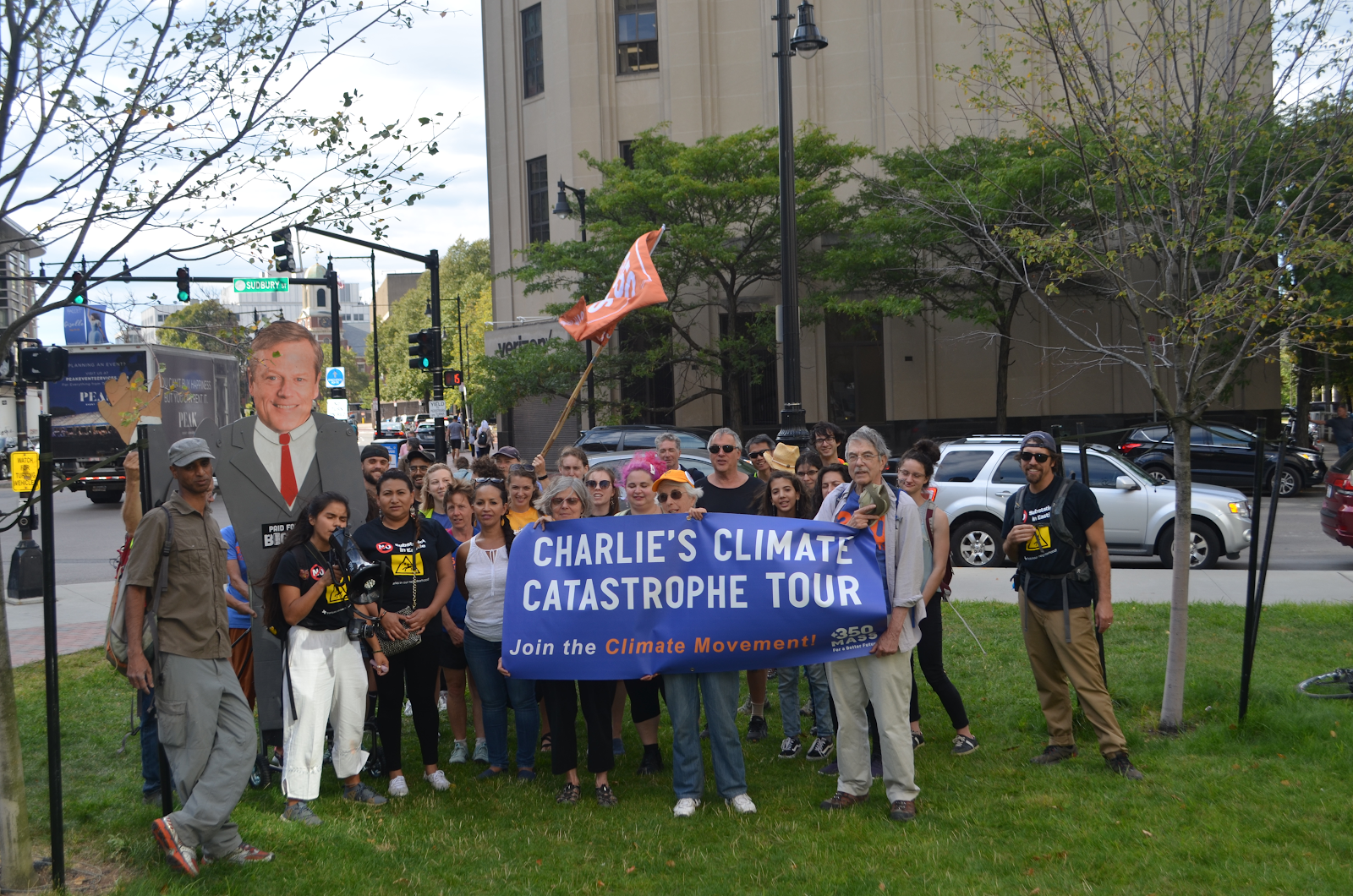 March and Climate Strike in Worcester

350 Mass joined with 350 Central Mass for a march and climate strike in Worcester. “Charlie” was present for the action to hear folks express the urgency or the climate catastrophe and call on our politicians to do more. Check out what 350 Central Mass is working on now. 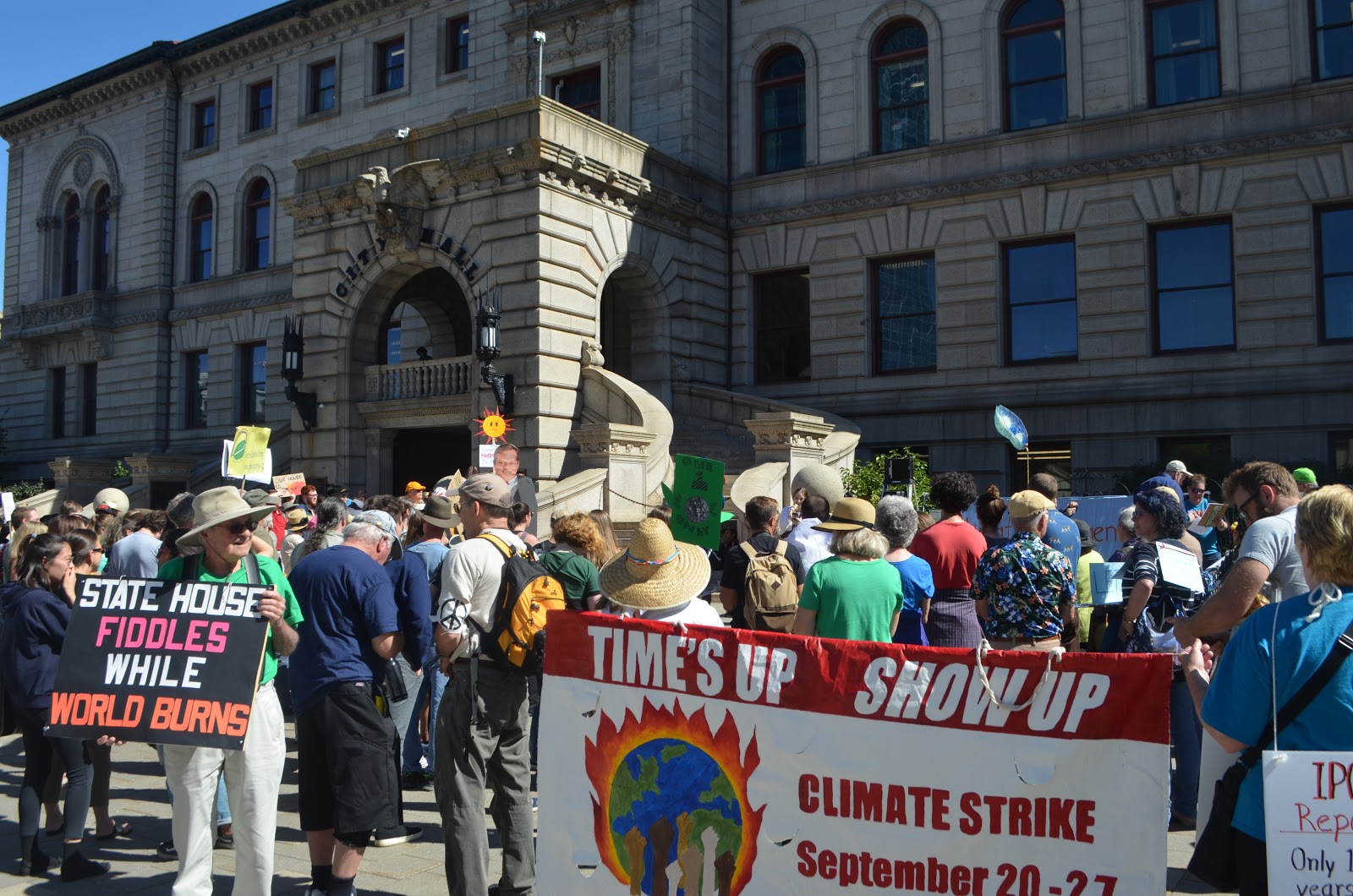 “Charlie” made his first visit ever (despite many invitations!) to the site of the proposed compressor station in Weymouth. In addition to questioning the “governor” on his failure to act against this new fossil fuel infrastructure, Fore River Resident Against the Compressor Station (FRRACS) held a community fall festival to celebrate the beauty of the Fore River Basin. Sign the Pledge to Action and look for upcoming events on their website. 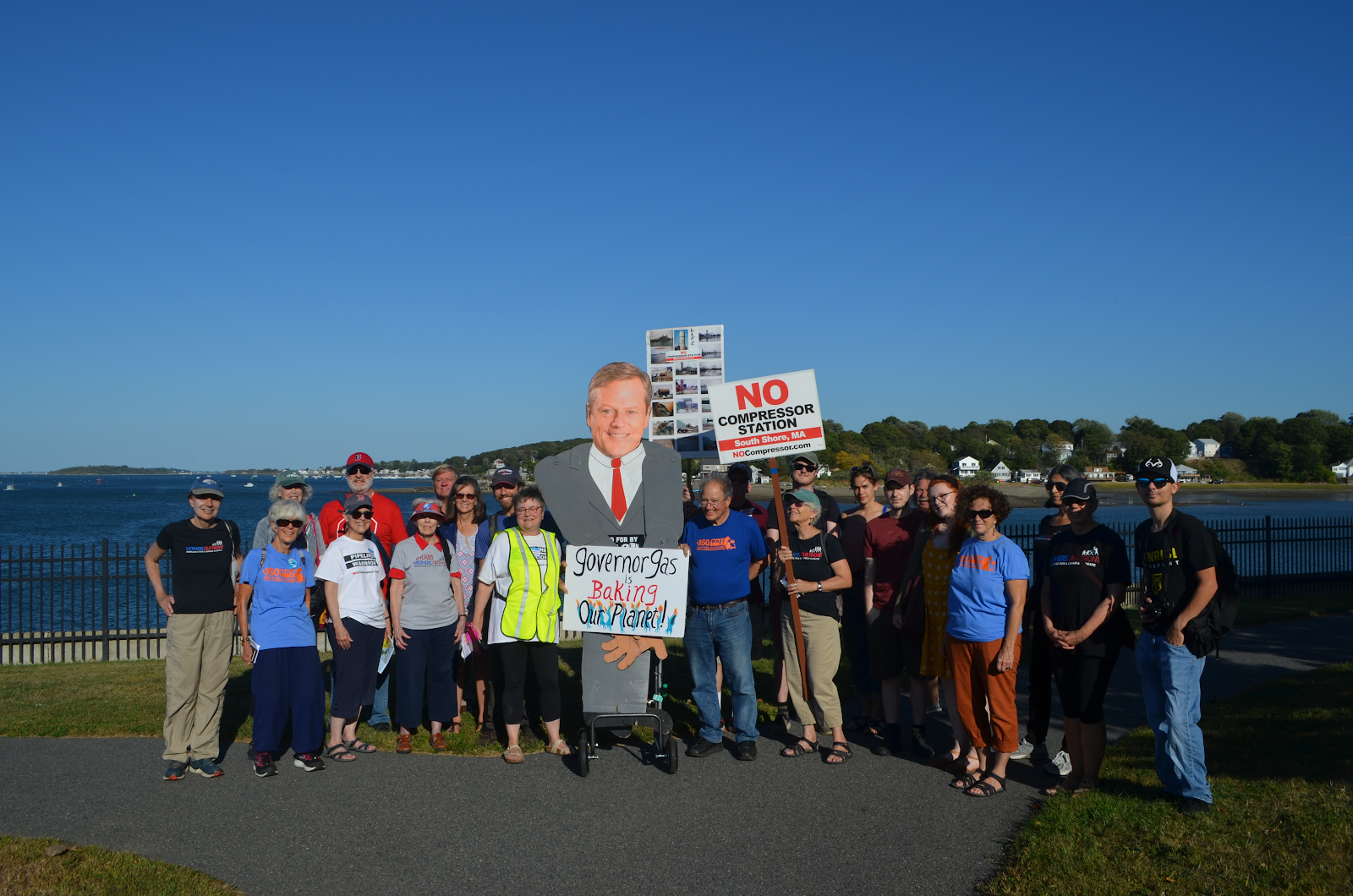