350 Mass has founded and participates in several major coalitions in Massachusetts, working together with other organizations to build power and achieve our shared goals.

350 Mass staff serve as the primary representatives for the 350 Mass network in regular coalition meetings, bringing major decisions and action opportunities back to 350 Mass volunteers.

350 Mass is a founder and convener of the Mass Power Forward Coalition, the state’s leading alliance of environmental groups, community development organizations, clean energy businesses, faith groups, neighborhood health and safety advocates fighting for clean, affordable, reliable energy and a thriving economy.  The coalition supports both legislative and municipal campaigns to advance renewable energy in the Commonwealth, and is partnering with the Green Justice Coalition to lift up policies that promote environmental justice and green jobs. 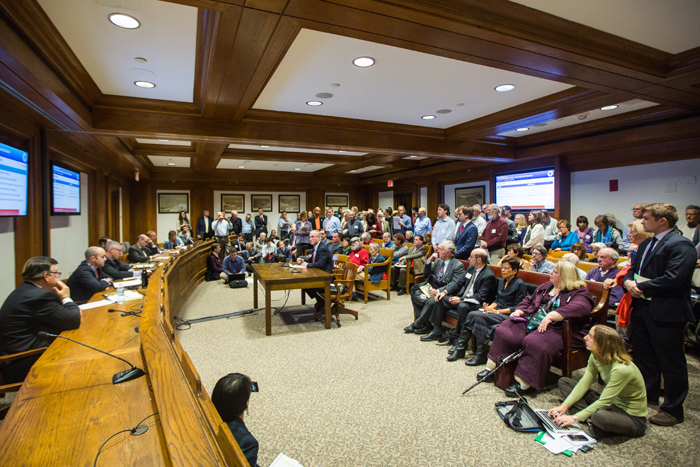 350 Mass is a founding member of the Massachusetts Campaign for a Clean Energy Future, a growing coalition of environmental, business, faith and civic organizations dedicated to passing carbon pricing legislation and policies that assure Massachusetts continues its national clean energy leadership. 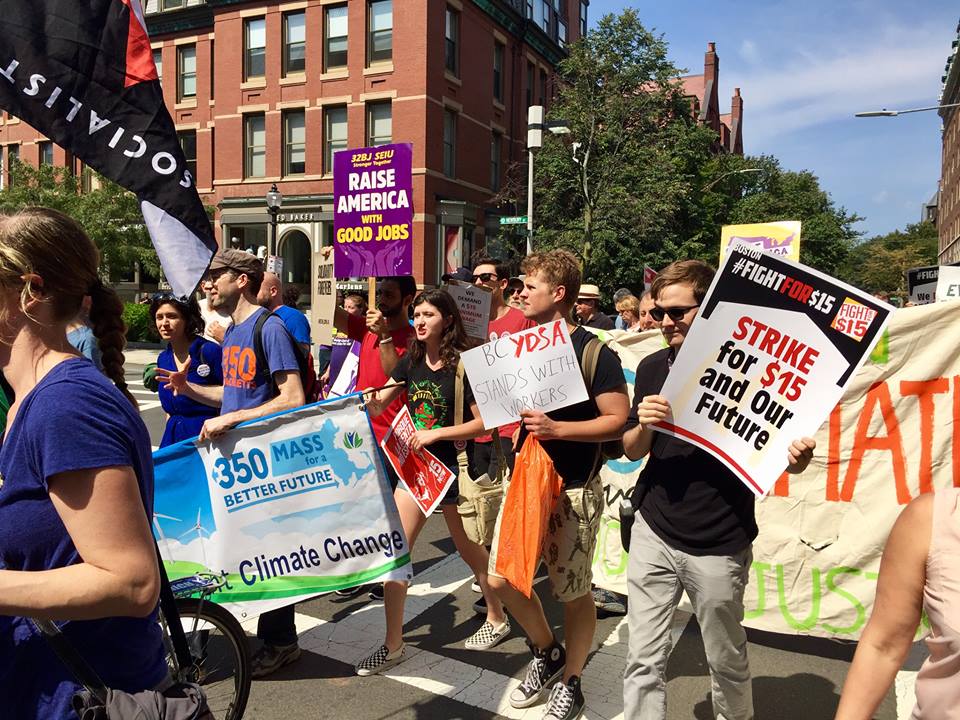 350 Mass is a member of the Raise Up Mass Coalition, a powerful statewide alliance of labor, faith, and community groups working to "build an economy that works for all of us."  350 Mass joined in 2015 and has since supported the coalition’s campaigns for passing the Fair Share Amendment (Millionaire’s Tax), $15 Minimum Wage, and Paid Family & Medical Leave by helping collect signatures and turning out for major mobilizations, including several related #FightFor15 movement 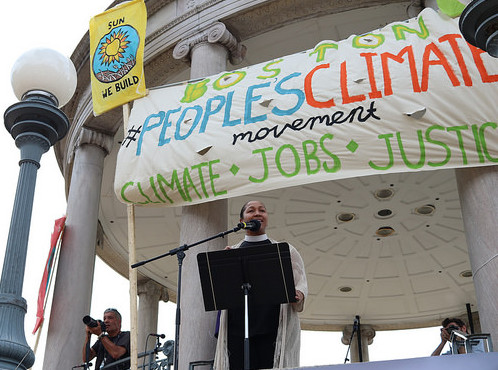 350 Mass is a founder and convener of the Boston People's Climate Movement Coalition, the local alliance of climate, labor, environmental justice, youth, and faith groups that organized the Boston People's Climate Mobilization Rally & Climate Justice Teach-ins in April 2017, along with the buses that carried folks down to D.C. for the massive march there.  The coalition has continued to meet quarterly under the guidance of Rev. Mariama White-Hammond to build deeper relationships amongst lead organizers and have tough conversations about how we can effectively work together across race, class, and issue areas as a coordinated movement for Climate, Jobs, and Justice. Funding for the Boston People's Climate Movement was provided by the New England Grassroots Environmental Fund.