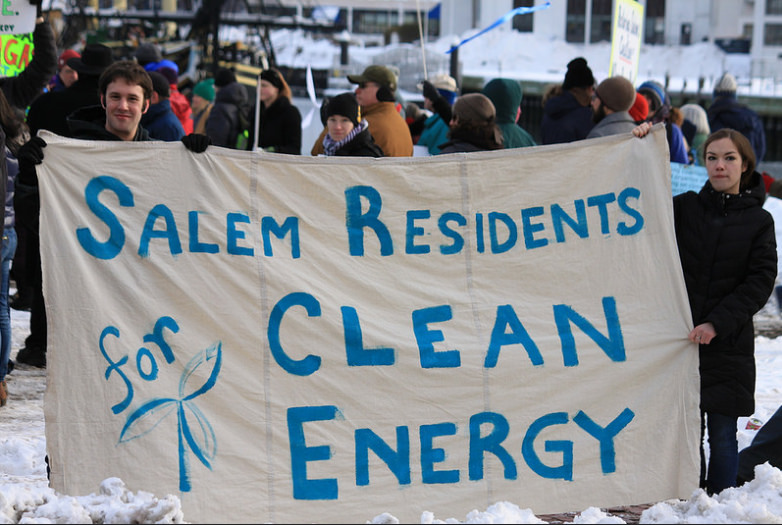 Footprint Power is trying to build a new 740-MW gas-fired power plant in Salem, on the site of the decommissioned coal plant. We're working to stop them.

More than 60% of Massachusetts' energy already comes from gas -- the last thing that we need is another gas plant. Despite what the industry might tell you, gas is not a bridge to a clean energy future. In fact, recent studies have suggested that when methane leaks are taken into account, gas may be as bad for our climate as coal. Instead of doubling down on gas, we should be working to meet our energy needs through conservation, efficiency, and renewables.

The proposed plant is also a bad deal for the people of the North Shore. The plant would spew air pollution and put the health of Salem residents at risk, and it would be an ugly eyesore right on the edge of Salem's historic harbor. As repeated studies have shown, there are much better uses for the proposed site.

Massachusetts is at a crossroads: we can set an example for other states, and for the world, by stopping the proposed plant -- or we can deepen our dependence on fossil fuels and lock ourselves in decades of continued emissions. The choice is ours.

Join us in working to stop the Salem plant!