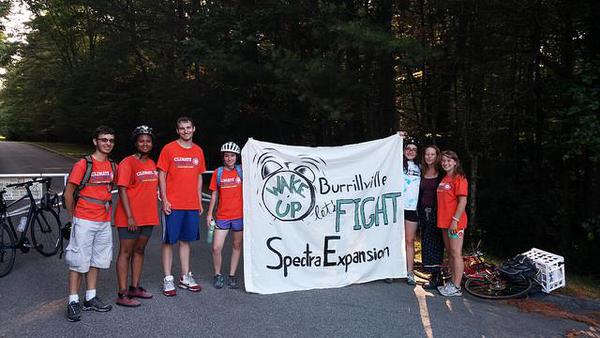 Spectra Energy, one of the country's largest fossil fuel companies, is trying to expand a network of gas pipelines that runs from the shale fields of Pennsylvania, Ohio and West Virginia through New Jersey, New York, Connecticut, Rhode Island and Massachusetts to Canada. There are three expansion projects in the works: Algonquin Incremental Expansion, or AIM; Atlantic Bridge; and Access Northeast.

All three projects will involve stretches of new pipeline and new and expanded compressor stations, as well as metering and regulation stations in highly populated areas. In addition, the expansions will require more gas to be pumped through existing pipelines, increasing the pressure and therefore the danger of accidents and leaks. 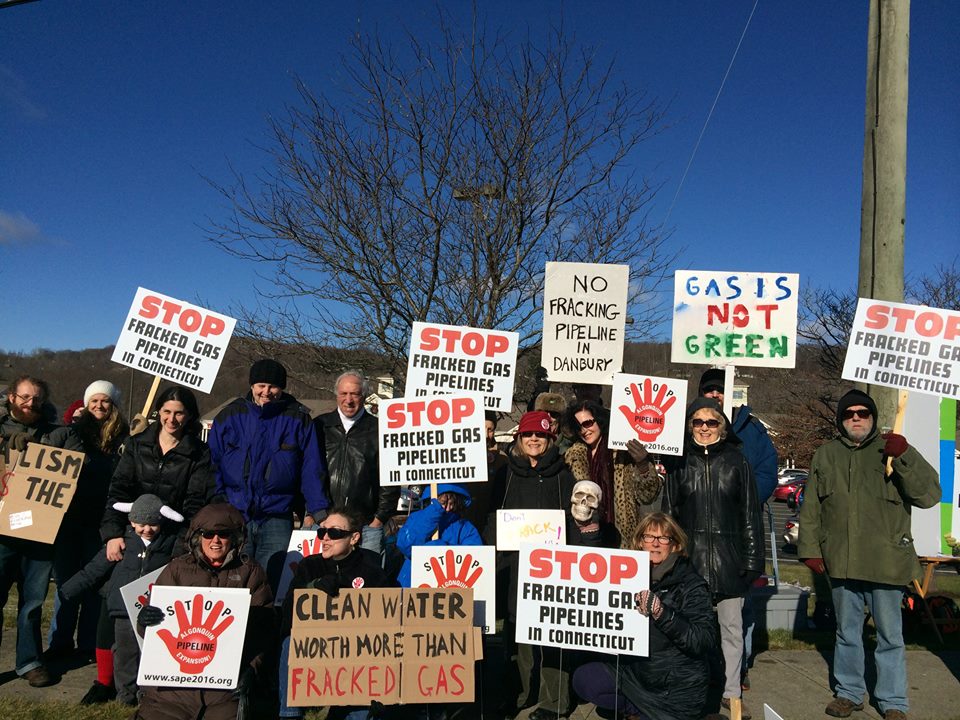 We are working to stop all three projects. We provide training and resources to communities directly affected by the pipeline expansions, including West Roxbury, Weymouth, Quincy, Franklin, Millis, Norfolk, Medway, and Walpole. In addition, we connect activists to one another and to the broader 350 Massachusetts network.

Through community meetings, town and city resolutions, media coverage, outreach to elected officials, marches, rallies, and more, we're building a groundswell of opposition to stop Spectra in its tracks.