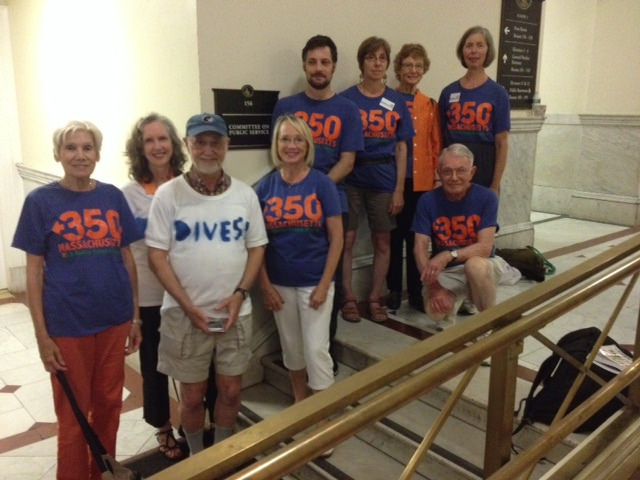 Massachusetts has the opportunity to be at the forefront of a international movement! We're calling on Massachusetts to become the first state in the nation to divest from fossil fuels. By divesting, we can align our investments with our values and send a clear signal to fossil fuel companies that we're no longer willing to tolerate their destructive practices.

We're working to pass legislation to divest the MA Pension Reserve Investment Trust (PRIT) from oil, coal and gas companies. PRIT controls approximately $62 billion in assets, of which $1.6 billion (less than 3%) is currently invested in the fossil fuel industry. 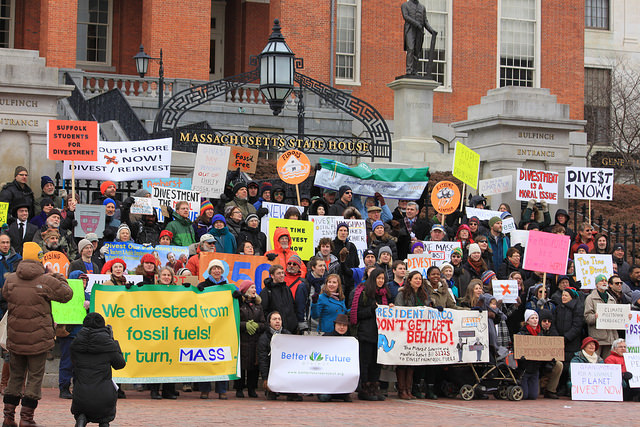 Since 2013, when a divestment bill was first filed, we've made tremendous progress. Thousands of people have signed a petition calling for divestment, and close to fifty legislators have pledged their support. Former Massachusetts Treasurer Steve Grossman has endorsed divestment, and so has current Treasurer Debbie Goldberg -- the only state treasurers in the nation to do so. More than a dozen towns have passed resolutions in support of state divestment, and we've won the support of dozens of unions, small businesses and environmental organizations. Our campaign has been covered by The Associated Press, The Boston Globe, State House News, and The Boston Business Journal, among other outlets.

We're continuing to build momentum by contacting our legislators, organizing events at the State House, and educating and mobilizing our communities. We're also busy reaching out to state employees and pensioners, who have a direct stake in the MA pension fund. Join us and help us make history!

<-- Back to the main Divestment page