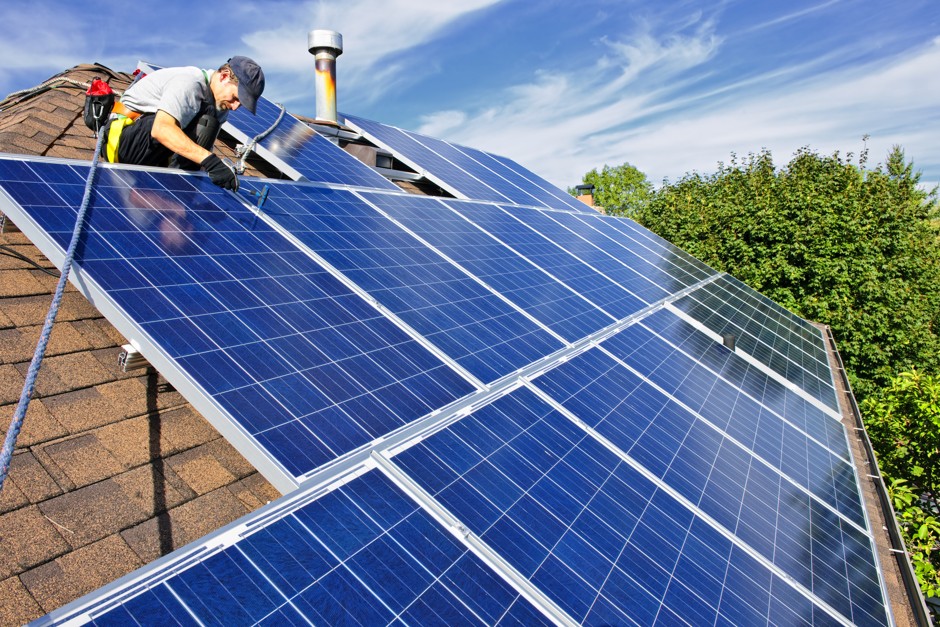 To eliminate GHG emissions from the Commonwealth and to improve the health, safety, comfort, and affordability of existing homes and other buildings we need a massive increase in the scope, depth, and speed of building retrofit programs, with a priority on treating the buildings and neighborhoods with the greatest need.  This program will help directly homeowners and tenants, particularly in older, less energy-efficient homes, and will require thousands of trained, blue-collar installers and field technicians, and provide a growth path for workers and local small and medium-sized businesses.

Problem - what problem does this campaign seek to address? Most buildings in Massachusetts are heated by burning fossil fuels on-site and leak heat out through their poorly insulated and sealed attics.  Most have stoves and ovens which use natural gas, emitting toxic combustion gases into the living space and contributing to global warming. Many homes are uncomfortable and poorly ventilated and unhealthy -- aggravating asthma and other allergic reactions and spreading infectious diseases, such as COVID-19.  Current Massachusetts programs are not up to the task of retrofitting all of these buildings as a part of an overall plan to eliminate GHG emissions. They do not promote fuel switching from gas to electricity.  They are not organized to make retrofits of the depth and quality needed to eliminate GHG emissions and do not sufficiently prioritize the buildings and communities most in need.  And their production levels are too low and slow to meet the state’s roadmap to net-zero goals.

Solution - how does this solution solve the above problem? We need a legislative mandate to require the retrofit programs to ramp up production to a level sufficient to meet GHG elimination goals (approximately 100,000 homes treated per year), increase the depth of retrofits, and concentrate on the buildings and communities most in need.  Increasing the depth of the retrofits means adding heat pumps, electric stoves, and non-emitting hot water heaters to the retrofit mix, and preparing home for complete electrification and for home charging of electric vehicles by upgrading the electrical service.  The funding mechanisms and cost-effectiveness criteria for these programs will have to be changed and the new programs will have to take advantage of both whatever federal stimulus funds become available and through state bonding authority. The program would have to solve the dilemma posed by rental housing -- how to get landlords to participate through some combination of requirements and incentives, and how to make sure that retrofitting existing rental property benefits the tenants and does not trigger or facilitate gentrification.  In solving this dilemma the campaign would work with the affordable housing community to gain insights on program design, and the implementation structure that is developed will include the affordable housing community in ongoing governance.

A massive program of this sort, prioritizing the homes and communities most in need would, over its first decade of operation, fix most of the homes and many of the commercial spaces in EJ communities and other communities with older housing stock.  These retrofits would make the homes safer, more comfortable and more healthy for the residents.  They would also lower operating costs in most cases, would reduce or eliminate GHG emissions, and prepare the homes for rooftop solar and electric car charging where feasible.  We envision the program continuing for another decade to complete treatment of the remaining buildings in the commonwealth.

Urgency - why now? Is there a special opportunity or unique window? The project is urgent for three reasons.  Eliminating GHG emissions is urgent because the planet is rapidly approaching a point of no return on global warming, and demonstrating effective, popular approaches to reducing or eliminating GHG emissions is both scientifically urgent and politically critical. This urgency is driven home by the experience of COVID-19 spread, where poorly ventilated homes have been a major vector for spread, and we are just about to experience what happens when you combine a highly infectious disease with windows closed for winter.  The opportunity comes in positive and negative forms.  We are experiencing high unemployment - thousands are looking for work, and this program requires thousands of people to be trained and hired to do the work of insulating buildings and changing heating, ventilation air conditioning and hot water systems.  The other opportunity is that the new administration is likely to put forward stimulus packages which provide federal funding to support such programs.  We have the opportunity to help shape such programs and to rapidly deploy those resources effectively through our existing retrofit infrastructure, MassSaves, which, with all its faults, is the biggest and best run in the country (although other states are catching up).

Goals: what are the goals of this campaign?  Pass legislation to require the state’s retrofit programs to ramp up production to meet the GHG emission goals, prioritizing buildings and communities most in need.  We will also need to push our Congressional delegation to push for a design of federal stimulus funding that makes incorporating it into our state goals easy.

Target Decision-Maker - Who is the target of this campaign and why? (e.g. Governor Baker, legislature, other policymaker, etc.) How will this campaign influence or move the target?  There are two core targets:  The state legislature and the governor to require the upgrading/transformation of the existing programs and the creation of state-based funding mechanisms to the extent necessary. The federal government (DOE, EPA HUD and Agriculture are the agencies that will administer any funds that become available through stimulus legislation), and the US Congress as the body which will allocate the funds.  In this regard pressuring the MA federal delegation to vocally support this program, and having a regional alliance that includes Maine would be beneficial, since Susan Collins is likely to be a swing vote on many of these issues.

Are impacted community leaders included in this campaign? If so, how?
This program will impact all communities within the Commonwealth.  We will want to include affordable housing advocates, tenant organization representatives, some of the building trade unions (primarily carpenters, laborers, electrical workers) utility unions, insulation and HVAC small businesses, with an emphasis on minority-owned businesses and organizations focusing on training and inclusion of traditionally excluded workers - women, Black and brown people youth, and of traditionally super exploited workers, particularly immigrants.

Tactics - What are the major tactics associated with this campaign?How will the tactics identified achieve success? This is fundamentally a lobbying campaign at the state and national level, which should draw broad support from the core of the progressive political base.  The campaign will employ outreach and education tactics to grow the base of constituents pushing for this policy. There may be some opportunities to engage with regulatory agencies.  The gas utilities may intervene to interfere with fuel switching, and the heating oil and propane industries (along with their big oil backers) will probably become adversaries at the state and certainly at the national level, opening the way to anti-corporate campaigns. Direct actions and media challenging the role of utilities in serving rate-payers and addressing climate change may be employed.

A key tactic of this campaign will be building broad support for the policy from progressive organizations and coalitions. The campaign could potentially couple with efforts to change and state and municipal building codes and other campaigns for housing, climate, and economic justice.

Criteria- please explain how you think this campaign ranks on the criteria,

Frontline communities should be the first and deepest beneficiaries of the program, both as people who live in the buildings to be retrofitted and as a likely source of the technicians and installers to make the program go.  With proper design, the program should partner with community organizations for outreach and quality control, and should be structured to encourage the development of community based firms and small/medium businesses owned by people of color and women.

Impact:  This is a massive program designed to have a significant impact on emissions from the built environment, the second largest source of emissions in Massachusetts after transportation

Winnability.  It is extremely likely that we will be able to win significant parts of this plan- efficiency improvements have bi-partisan support and little real opposition, other than on scarcity of funding grounds.  Massive fuel switching solar installations and “electrification ready” retrofits are winnable as policy goals in Massachusetts, but we will have to be creative to get the money they require.  So very strong chance of winning much of the proposal.

Organizing a broad coalition to lobby for this is the only way to win.  Initially it is a lobbying campaign with anti-corporate actions as a part of the public part of the campaign.  Public actions against the oil companies and the gas utilities will help the lobbying effort, but it is a new law and new policies that will change corporate behavior here.

The program provides common ground for serious climate change advocates, much of organized labor and community groups to work together on a program which would benefit all of their causes.

Are there any special challenges or downsides?

This program strikes at the heart of the business plans and long term viability of the fossil fuel industry.  At the scale described it is nearly as great a threat to their wealth and power as electrification of transportation or banning fossil fuel use for generating electricity.  They will fight hard with everything they’ve got if they think it might actually become law.  That includes mobilizing their employees.  The gas companies will put pressure on their employee unions, and provide incentives for those employee unions to become community advocates for derailing this process. SupportingJust Transition policies for impacted workers must be part of the strategy to address this tension. The electric companies will oppose installing rooftop solar in homes and will oppose spending ratepayer money to pay for solar or solar readiness.  They will reach out to low income advocates about the price increases to electricity and gas which may come along with the program. They will reach out to moderate and upper income homeowners and businesses saying that the program is a transfer tax where people who pay their bills on time are taxed to pay for “other” people who leave their windows open.   This is why the program emphasizes using federal funds and state borrowing authority as much as possible.  Unless there is a huge amount of federal money, this will be a brawl.  But we’ll win.