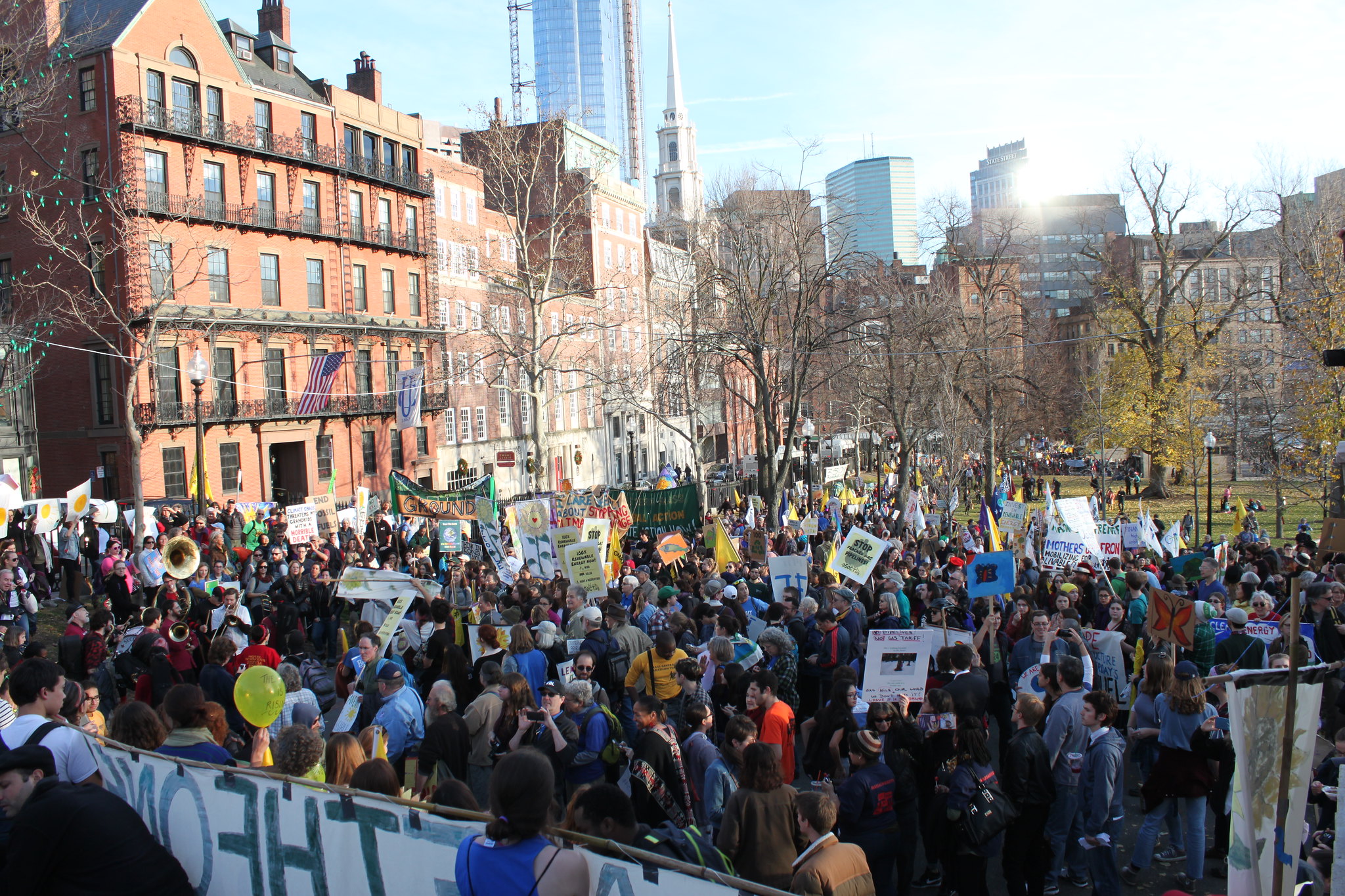 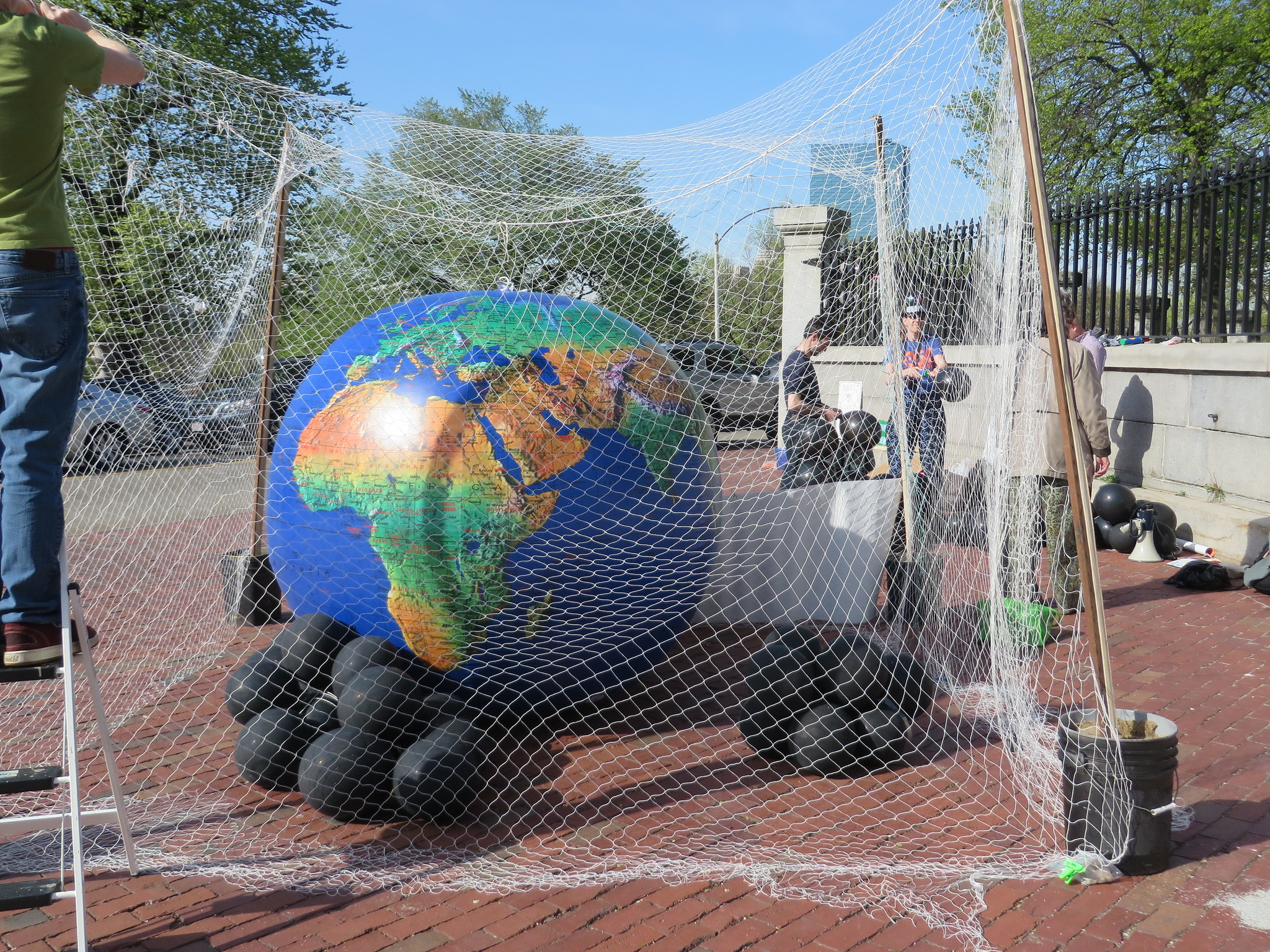 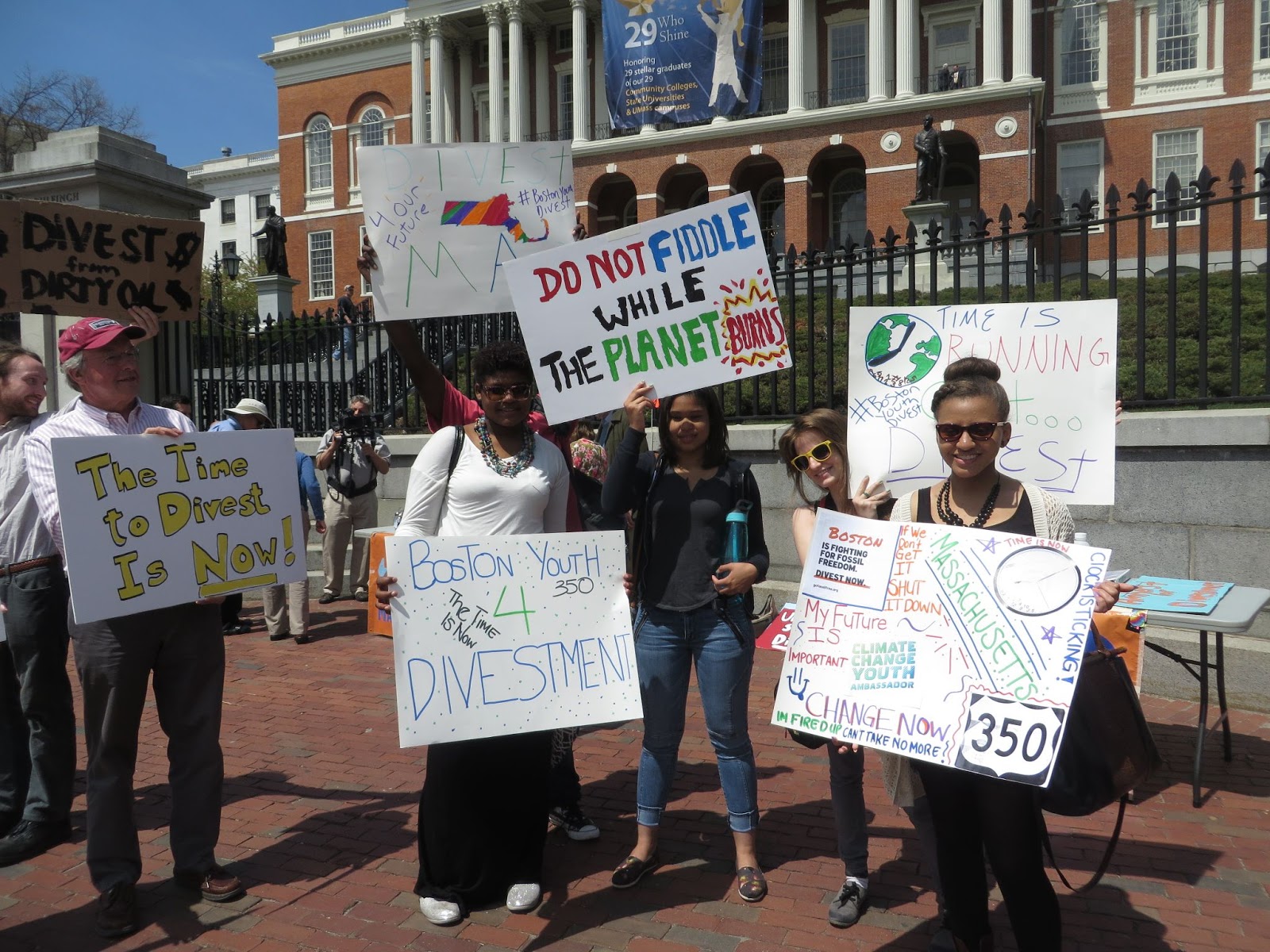 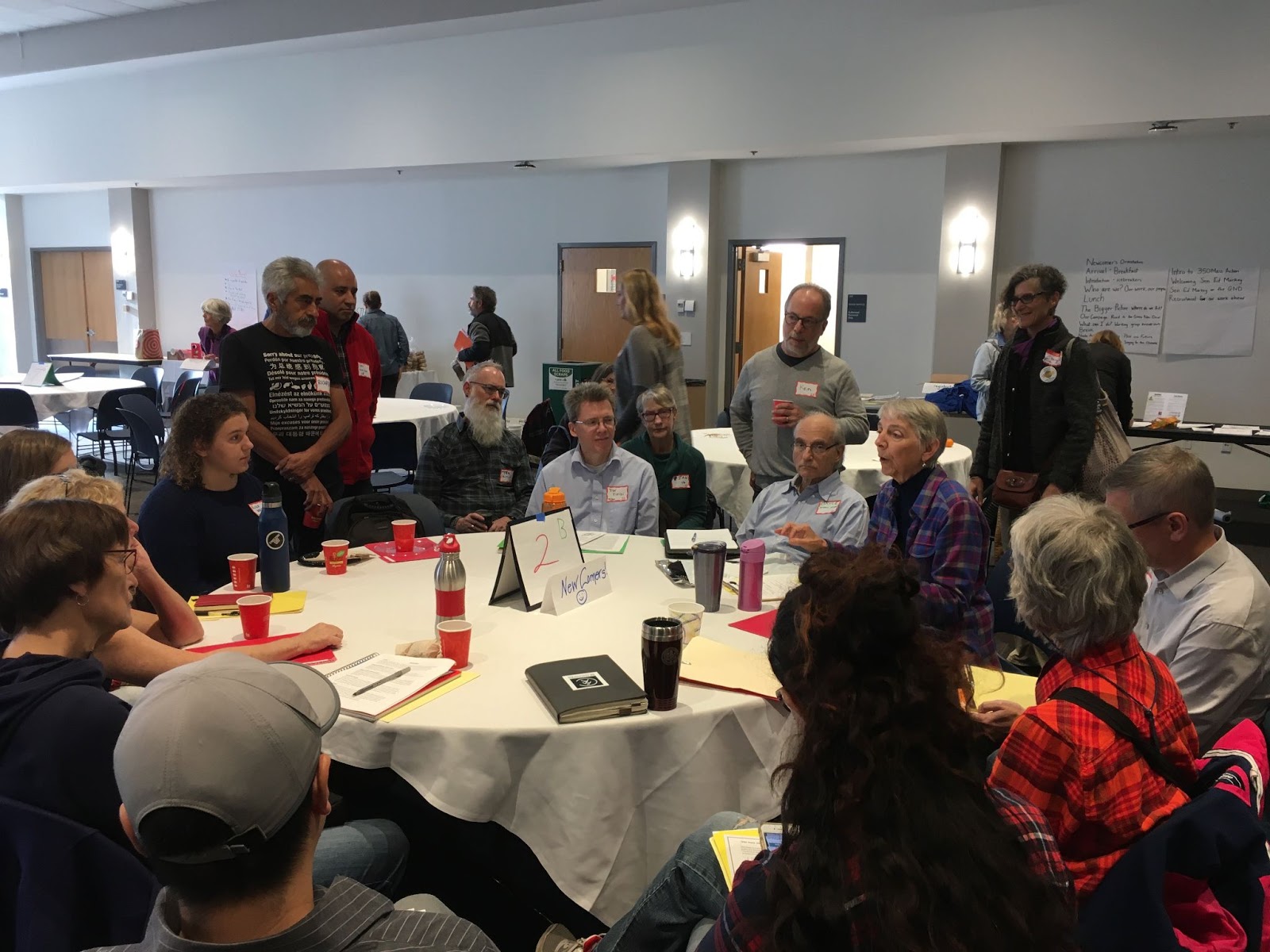 Problem-solving for a climate safe future 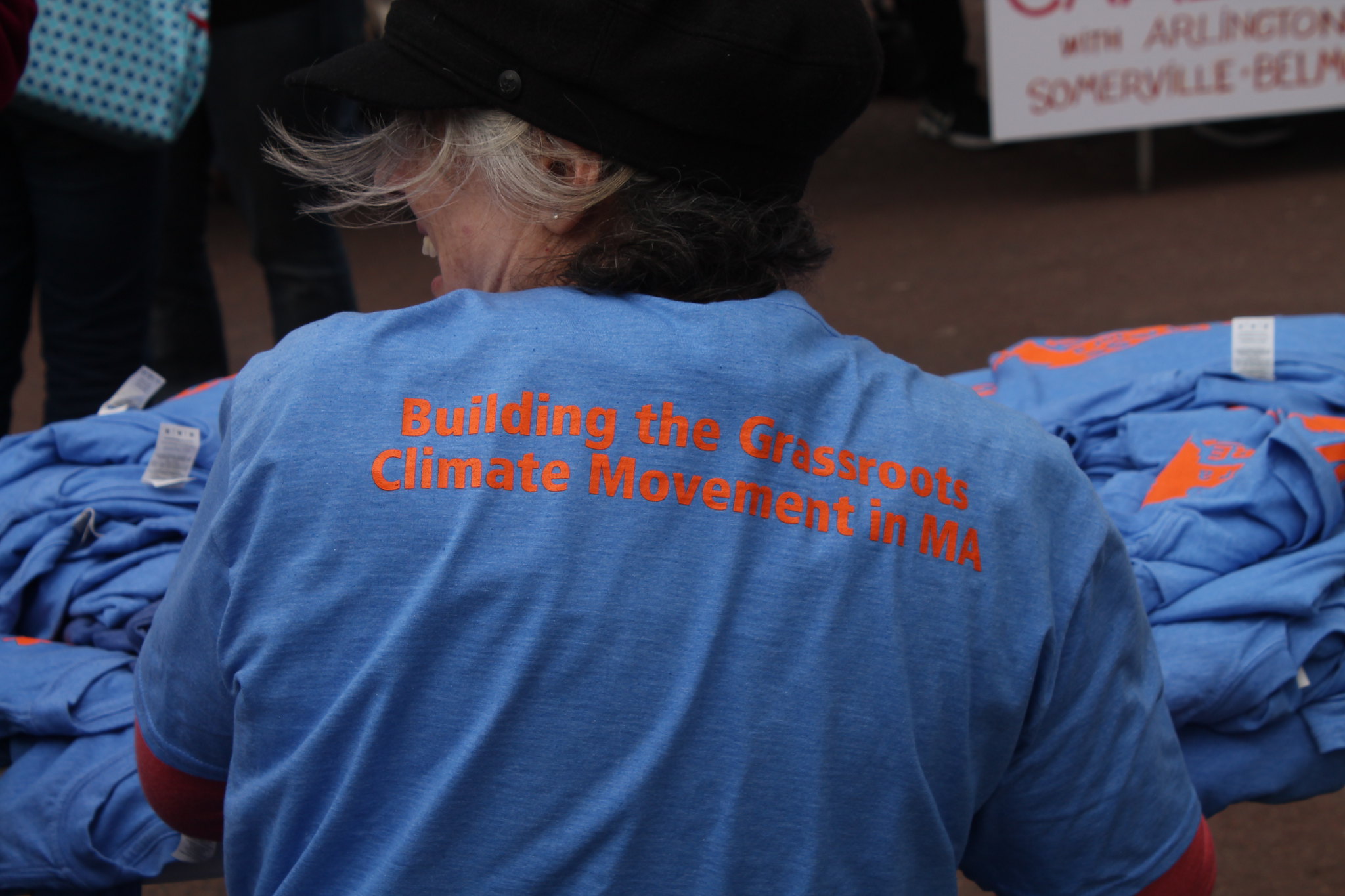 Building local power through our nodes 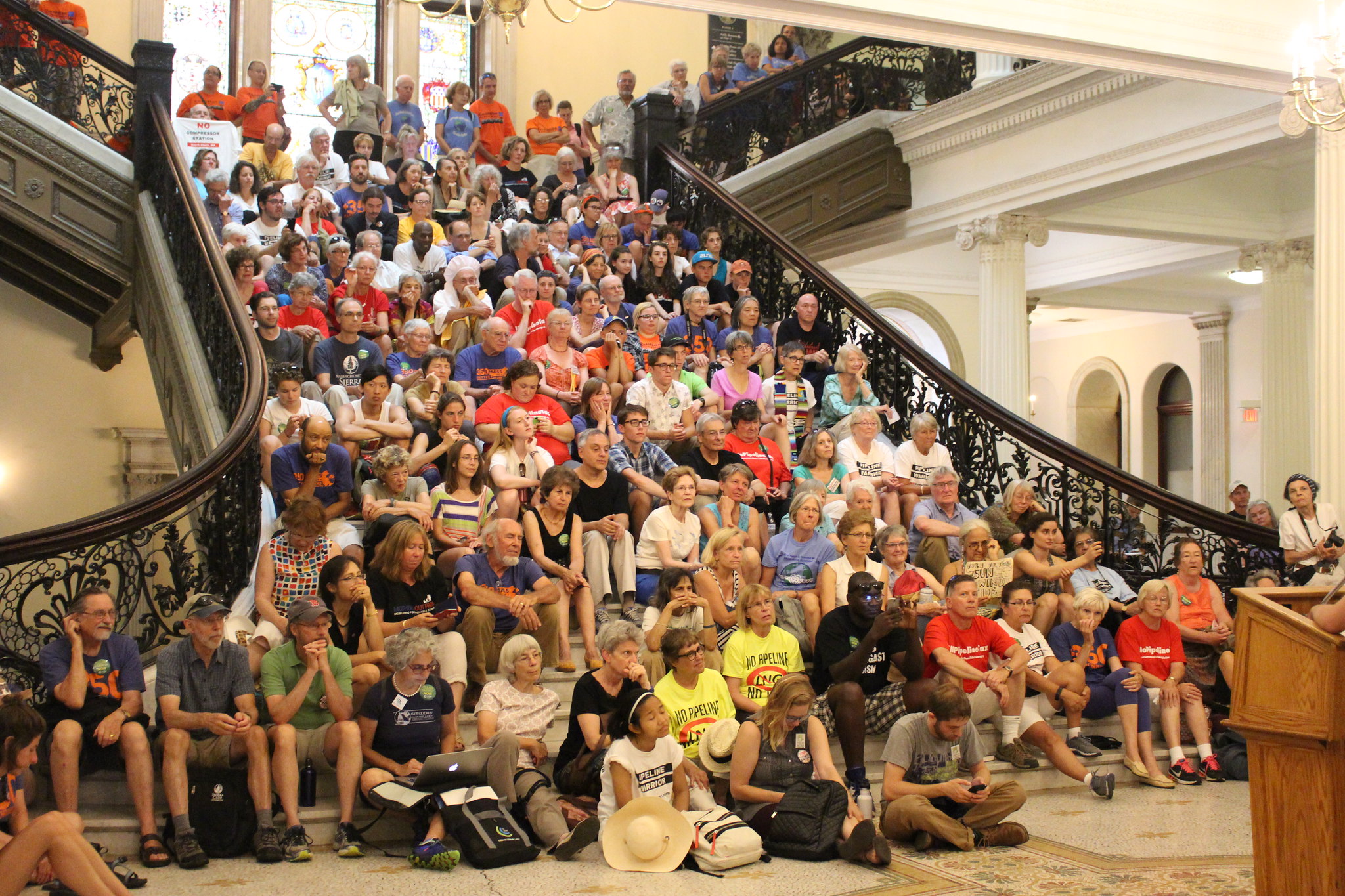 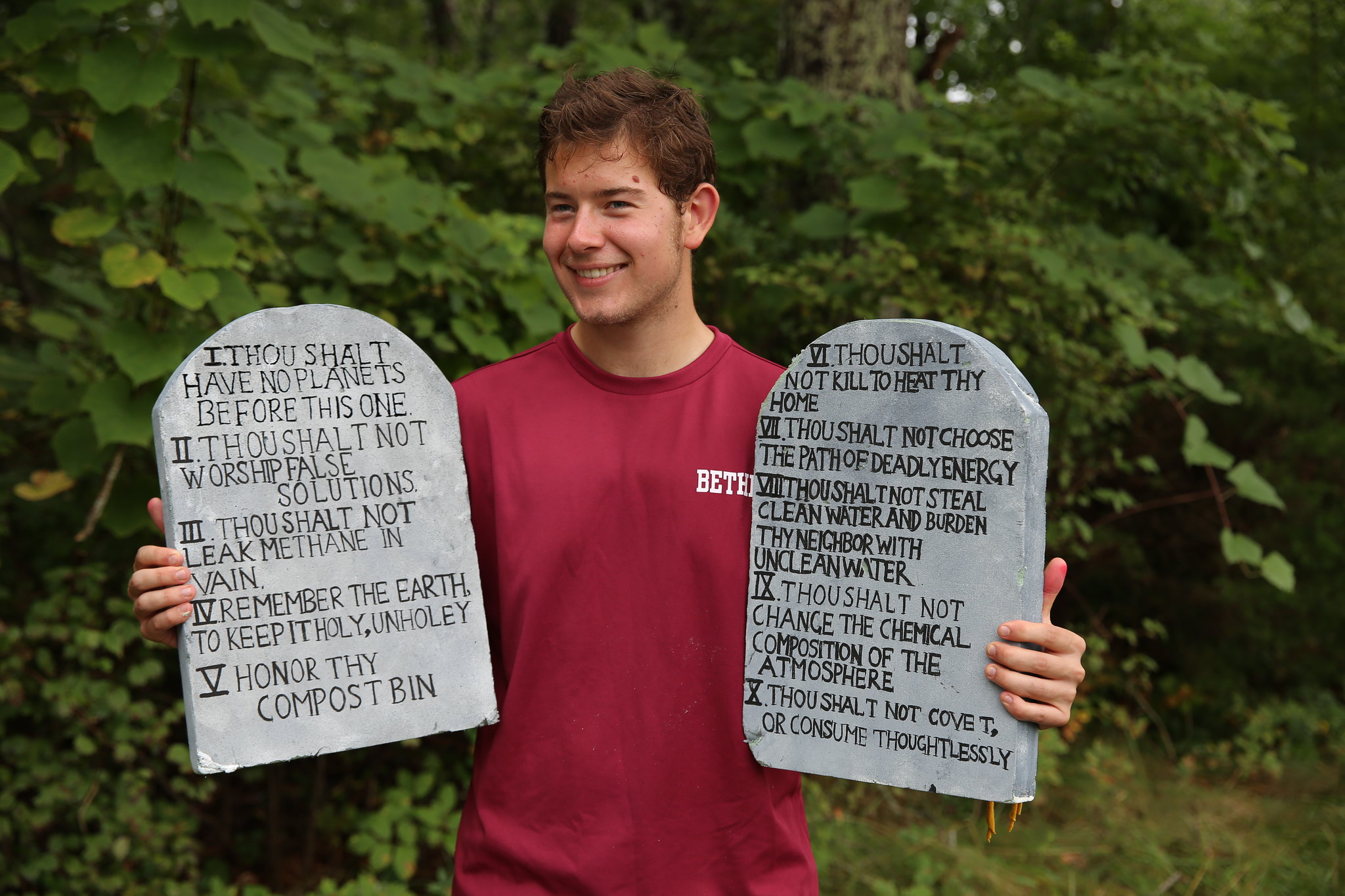 Using all the tools in the toolbox 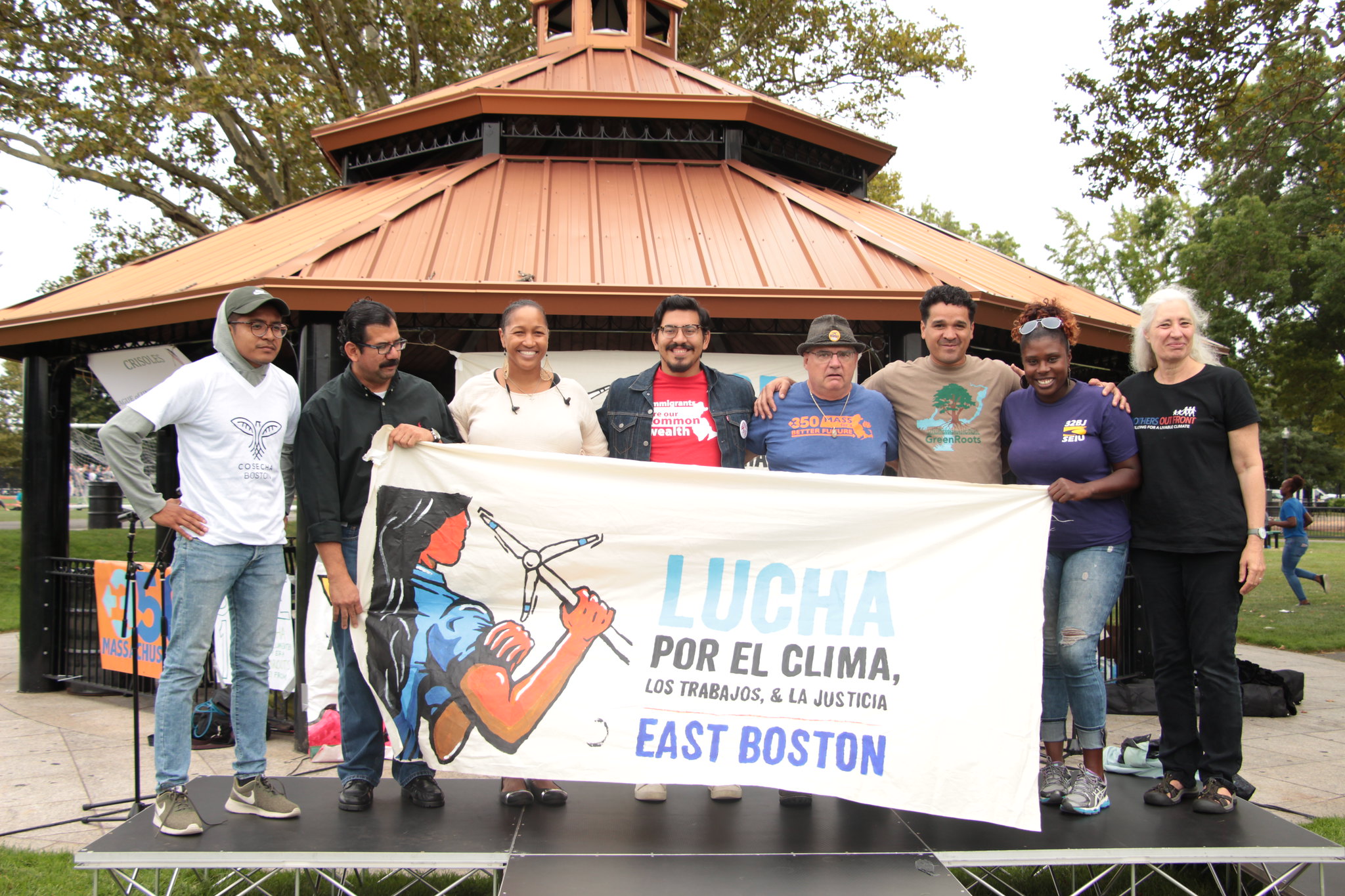 Bringing communities together for a just, climate-safe future

350 Mass was established in 2012 and since that time has been working to build an active grassroots climate movement here in Massachusetts. We are aligned with the goals of 350.org and work to unite the missions of climate, jobs, and justice.

In the first eight years of our existence we have built 17 single and multi-town nodes across Massachusetts. Our campaigns have included carbon pricing, divestment, 100% renewable energy and the Green New Deal and have helped bring forward climate legislation to the State House every single session. In between, we have empowered local communities to move forward on practical solutions.

Growing the Climate Movement
Through marches, protests, stand-ins, sit-ins, vigils and rallies we have built statewide support. We have marched against coal and gas power plants, pipelines, compressors, other fossil fuel infrastructure. We have marched in support of solar, wind, and “accessible, affordable, reliable and electric” transportation.

Direct action events have highlighted the need to “walk the talk” when it comes to climate change. Members have been arrested protesting pipelines, coal trains and compressor stations. We have supported frontline and indigenous communities from PA to Canada, exposed the hypocrisy of utility companies, and called out the big banks for investing billions to finance climate chaos.

State and Local Action
By increasing our visibility, we have been able to alert people to the urgency of the climate crisis. This has pathed the way for concrete action that is moving us forward to accomplish our carbon neutral, climate justice goals. Through our coalition work we have:

Our work continues with the support of activists like you. We are a member-led, member-engaged organization, but our work also relies on the vital contributions of our staff. Please consider a donation today.