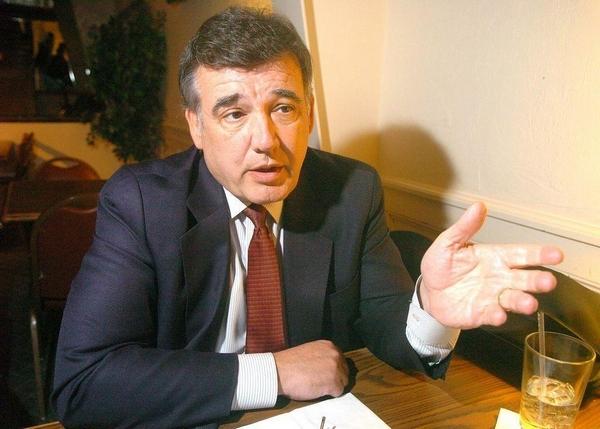 “The global climate crisis is an existential threat to our public health, our economic stability, and our continued viability as a species here on earth. Our world is burning. Sea levels are rising as tropical storms become more frequent and more powerful, putting coastal real estate in the Commonwealth at risk for billions of dollars in damage and undermining property values. As we continue to fill our atmosphere with greenhouse gases from fossil fuel combustion, the worst effects of climate change are rapidly becoming more destructive and more permanent,” said Senator Pacheco. “The good news is that we already have powerful tools with the capacity to shield our planet from global climate catastrophe. The even better news is that our path to a clean energy future also creates new jobs and protects our public health. What we need is the political will to take urgent action and pass bold climate legislation here in the Commonwealth.”

The state’s existing emissions reduction requirements of 25% below 1990 levels by 2020 and 80% below 1990 levels by 2050 were originally established by the Global Warming Solutions Act of 2008. Since that time, the United Nations International Panel On Climate Change (IPCC), the U.S. Global Change Research Program (USGRCP), and the overwhelming majority of scientific experts have indicated climate change is occurring more rapidly than expected and its most extreme consequences are now significantly closer than previously anticipated.

“My hope is that this legislation will serve as a wake-up call to help ensure we are not losing sight of the urgent need to reduce greenhouse gas emissions. The iron-clad scientific consensus on this issue could not be clearer – the worst effects of climate change are approaching more rapidly than we anticipated back in 2008,” said Senator Pacheco, lead sponsor of the Global Warming Solutions Act of 2008. “Since the outbreak of the ongoing COVID-19 pandemic, we have all regrettably witnessed the tragic consequences of our leaders’ failure to heed consensus recommendations from the scientific community. As lawmakers, we have an affirmative duty to the citizens we represent to identify these kinds of problems as soon as possible and develop evidence-based solutions that mitigate risks and prevent dire consequences. 12 years have gone by since we last addressed the Commonwealth’s required emissions reduction trajectory – quite frankly, we should have addressed this years ago.”

According to a recent report from the Harvard T.H. Chan School of Public Health, early evidence already indicates that there is a significant link between poor air quality and COVID-19 morbidity. The nationwide study released over the summer found that COVID-19 patients living in regions with high levels of air pollution are more likely to die from the disease than people who live in less polluted areas. Air quality is a particularly severe problem in Massachusetts - the most recent “National Asthma Capitals Report” released by the Asthma & Allergy Foundation of America (AAFA) named Springfield, MA as the #1 worst place to live in the United States with Asthma. Boston was ranked #8.

“Greenhouse gases are causing widespread air pollution right here in the Commonwealth. Emissions undermine our public health by contributing to significant increases in respiratory disease, cardiovascular incidents, and a variety of other illnesses associated with poor chronic carbon emissions,” said Senator Pacheco. “This dynamic also has been shown to disproportionately affect economically disenfranchised neighborhoods and communities of color. By establishing clearly-defined ‘Environmental Justice’ terminology, this legislation would mark an important step in reestablishing equity for designated communities, especially in the context of climate change and public health.”

Climate legislation passed by the Senate in January and the House in July is still under consideration before a six-member Conference Committee appointed on August 6th. The emissions reduction legislation filed today with fewer than four weeks until the end of the current legislative session incorporates provisions from the Senate and the House and incorporates climate-related legislation that is not yet before the conference committee, but still available to Senate and House leadership if there was a willingness to incorporate it.

“The legislature appointed a conference committee in August to reconcile the differences between climate bills passed by the Senate and House earlier this session, but 125 days later, we still have yet to see that report,” said Senator Pacheco. “Earlier this session, leaders in the Senate, House, and the Executive Branch collectively confirmed their support for updating our long-term emissions reduction requirement to Net Zero by 2050. I am proud to have sponsored the bill that served as the basis for the Senate’s net-zero climate legislation in tandem with my esteemed colleague State Representative Joan Meschino whose Net Zero ‘Roadmap’ bill served as the basis for the House’s climate bill. I have a great deal of respect for the negotiation process and the committee conferees. But the inconvenient truth is - even if the conferees were to release a report that combined the strongest provisions of both bills, that legislation still wouldn’t provide the tools and policy options needed to achieve net-zero emissions without utilizing policy options that are not before the conference committee.”

“Otherwise, the legislature would be effectively adopting the updated net-zero emissions reduction requirement while failing to provide the administrative tools needed to meet that new requirement. We would be making a tragic mistake not to seize the opportunity facing us at this moment to regain our leadership in offshore wind implementation. Under President-Elect Biden, we now have a federal administration that has pledged to rejoin the Paris Accord upon taking office January 20th and has already begun to make climate a key priority with several cabinet-level appointments, including our own former U.S. Senator and 68th Secretary of State John Kerry who will serve as the Special Presidential Envoy for Climate. President-Elect Biden has openly acknowledged the grave consequences of climate inaction and understands the important role that renewable energy resources such as offshore wind will have to play in order to effectively transition into a clean energy future.”