Out in the Streets Again for a REAL Energy Transition

The Tide is Rising and So Are We*

On February 2 the North Shore Chamber of Commerce held their annual Business Insight Breakfast: Energy Forum, which focuses on clean energy innovations. So, whom did they invite?  Two behemoths, Enbridge, one of the largest fossil fuel pipeline companies,** and the utility National Grid, to spend the hour greenwashing. As expected, they promoted hydrogen, RNG (Renewable Natural Gas) and carbon capture and sequestration. Two of the three are future technologies with high energy costs and little promise, and the third, RNG, only works if the energy is being used at the site where it is generated. Once put into pipelines, it creates all the same hazards as fossil gas. 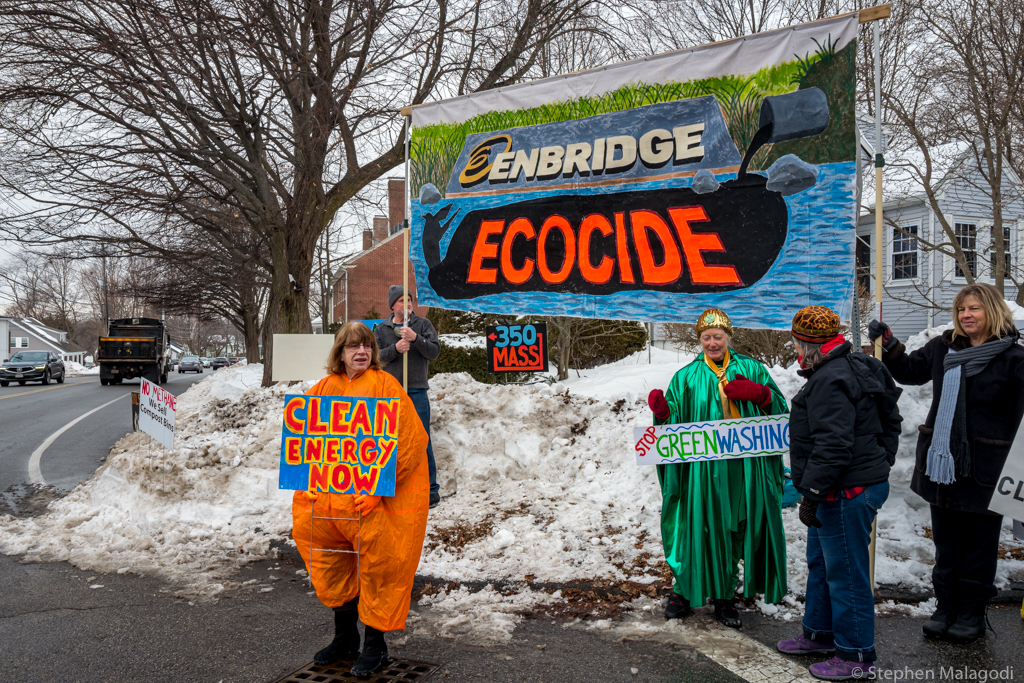 I had deliberately joined as a member of the Chamber six months earlier to try to advocate for an authentic renewable energy company to be included in the panel. The Executive Director of the Chamber ignored those entreaties from multiple Chamber members and myself but did invite Judy Chang, Massachusetts Undersecretary of Energy Policy and Climate Solutions. We thought that at the least breakfast goers would learn about the Next Generation Roadmap Act passed in March, 2021, and what it means for small businesses. Unfortunately, Ms. Chang was ‘unable’ to attend.

As I sat there, it was really difficult to understand how they could be allowed to ballyhoo these same technologies year after year, with no real progress, while renewables are here, available, proven, and more affordable than their options. Clearly, their real desire is to maintain the centralized creation, domination, and thus, capitalization of energy production. This industry is fighting for their lives…not ours.

The 350 Mass North Shore Node organized a protest that was stunning, impactful, and (yes, this is important, too) fun. Our focus was their terrible greenwashing and the need for an immediate clean energy transition. Since the Chamber rescheduled the event--twice--we had many months to plan this action.

We decided that we wanted to ally, rather alienate, the breakfast participants. They are business folk from all over the North Shore who will be compelled to abide by our new state legislation, and thus need to learn about clean energy. They certainly would not learn this through the Chamber of Commerce program, so we tried to wake them up and simultaneously let these large companies know that we will ALWAYS be there, making them accountable for their actions. We pursued a multi-pronged approach.

1.We had a humble crew of protesters greeting participants at 7:30 as they arrived to alert them they’d get a biased presentation.

Outside, it was an utterly joyous event! People came from Arlington, Watertown, Lowell, Cape Ann and the North Shore, clearly thrilled to see one another and engage, together, again, in the fight for a livable climate. We understood that nurturing and celebrating this luminous community of activists is as important as speaking truth to Enbridge, National Grid, and the members of the North Shore Chamber of Commerce. We sang, chanted, passed out information sheets, reconnected, and truly felt stronger together.

Going forward we are planning a dog and pony show for local chambers on how they can promote energy efficiency, shift to renewables, and consider their roles in our clean energy future. 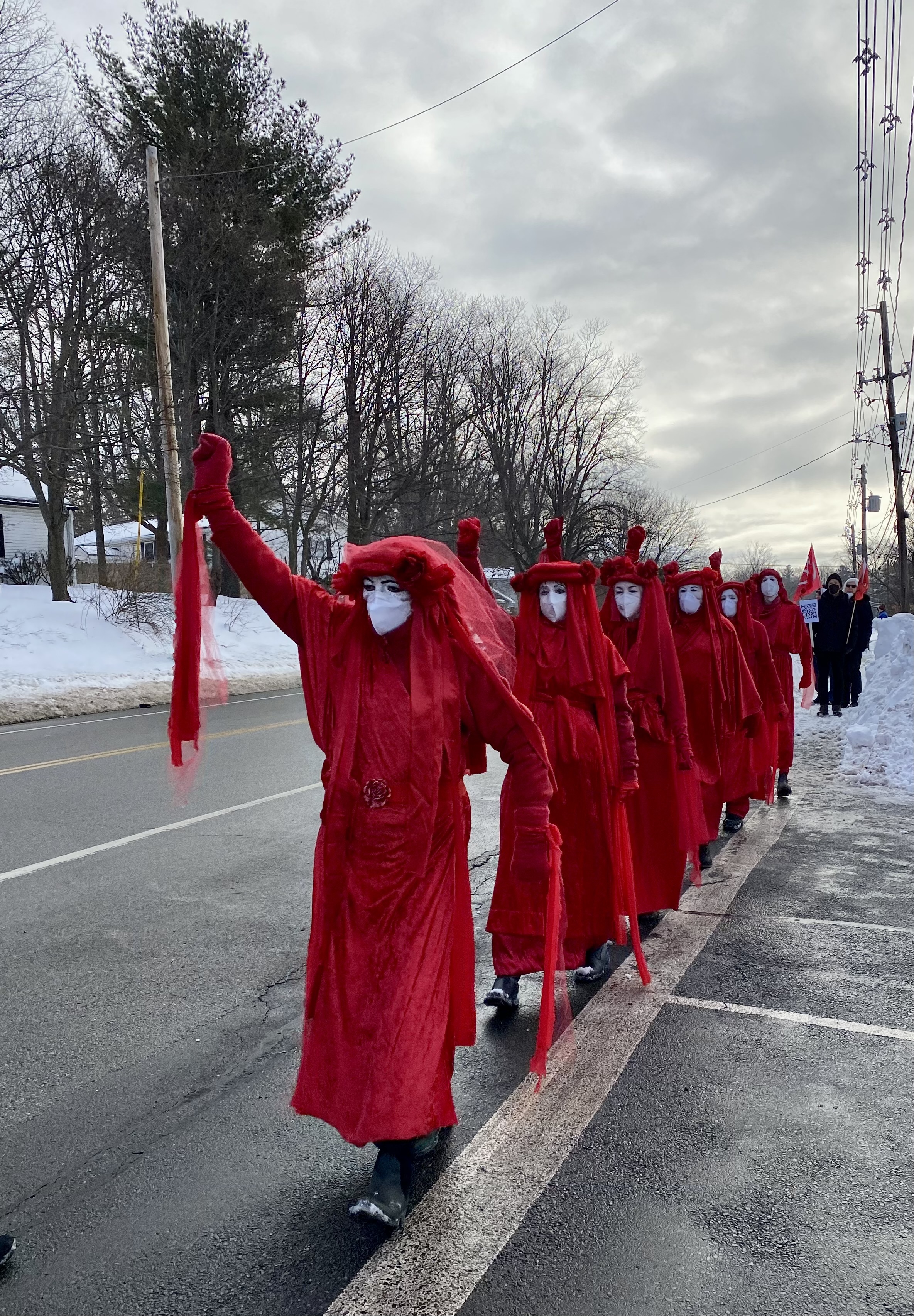 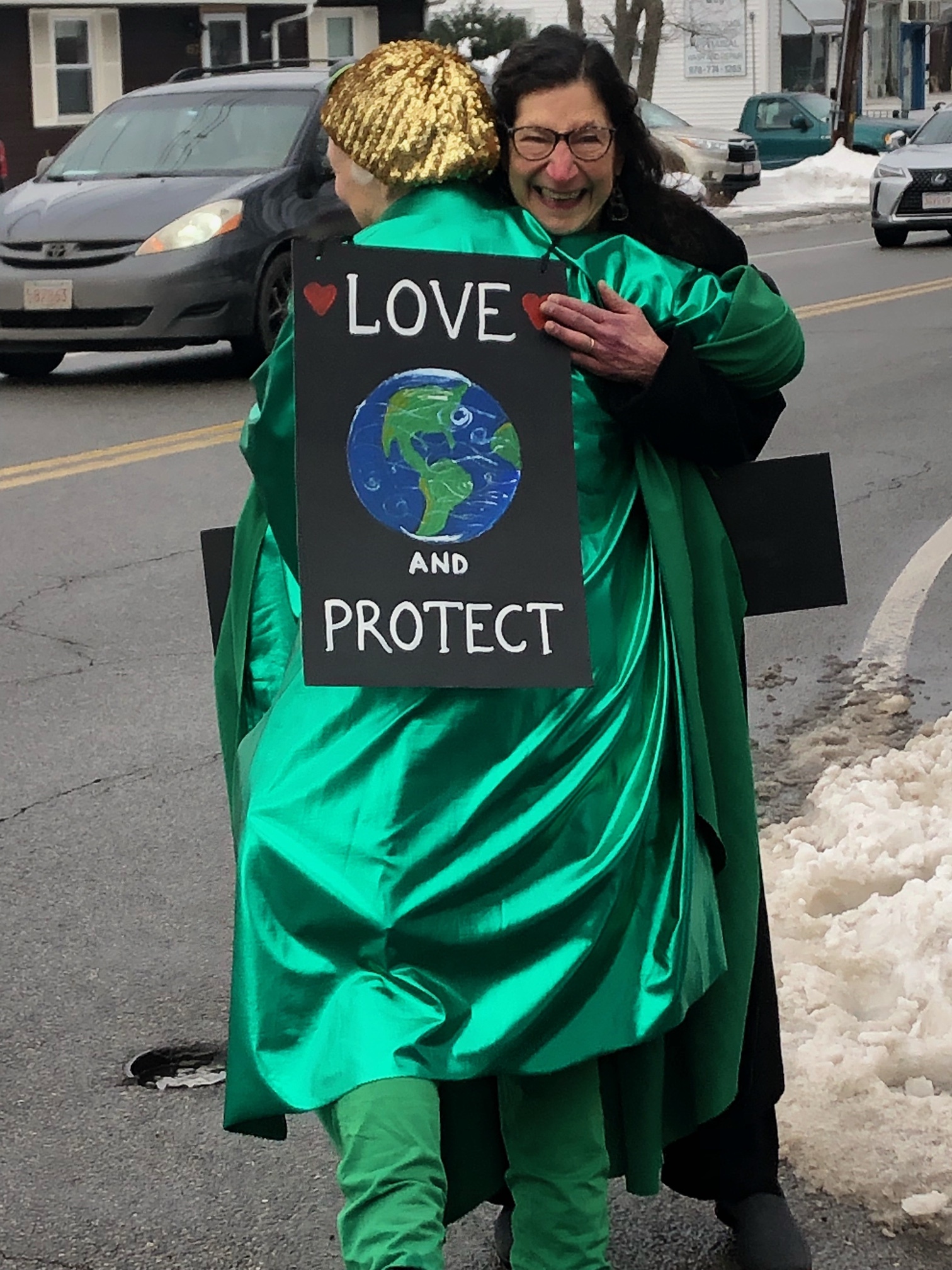 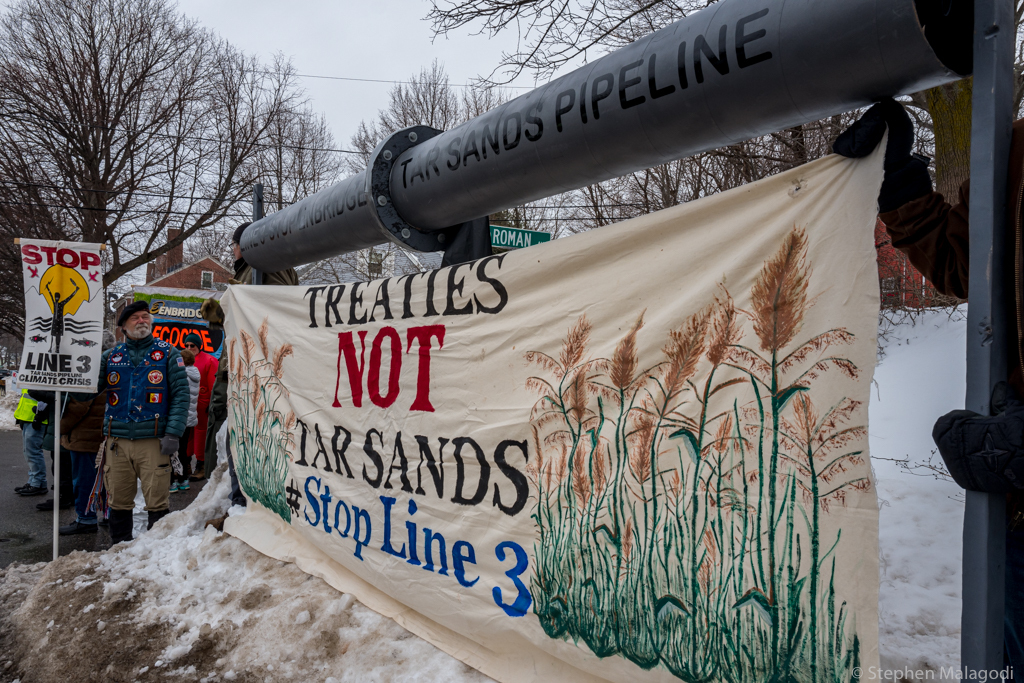 *From the song by Rabbi Shoshana Meira Friedman & Yotam Schachter

**Enbridge is responsible for dirty tar sands pipelines including LINE 3, and the Weymouth Compressor Station.